Trending
You are at:Home»Travel Trade News»End in sight for Ryanair dispute in Ireland – and airline launches new route from Cork to Luton

Ryanair and Forsa union representatives have reached agreement on issues around the Irish-based pilots’ dispute which will now be put to members in a ballot.
Forsa that agreement was reached “following a 22-hour negotiating session, which began yesterday morning (Wednesday) and concluded this morning (Thursday)”. 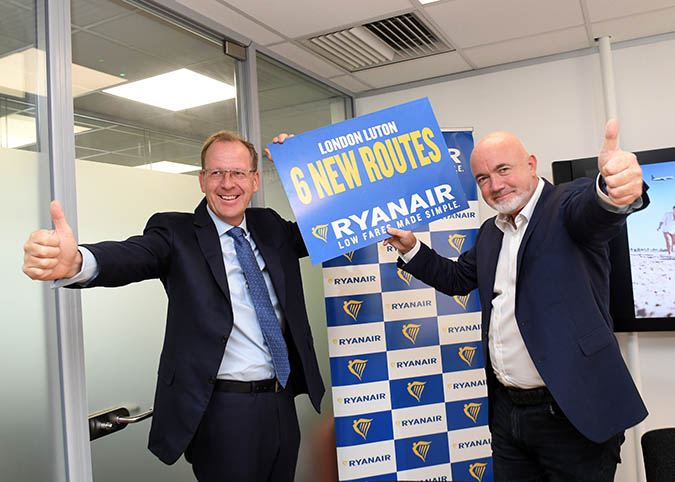 It said the proposed agreement will now go to ballot, with a recommendation for acceptance from Fórsa and its Ryanair pilot representatives. The union has been asked by talks facilitator Kieran Mulvey to make no public comment while the ballot is conducted.
Ryanair said in a statement it “had reached agreement with FORSA union and its Irish pilots committee on behalf of Republic of Ireland-based pilots.”
It added that it “will take these proposals to its board in due course after the Irish-based pilots have voted on this signed agreement. The mediator, Kieran Mulvey, has asked both sides to refrain from further comment until the ballot has concluded and we will respect his wishes.”
Meanwhile, the airline has announced a new Cork route to London Luton, with a 6w service, as part of Ryanair’s Winter 18 schedule.
Ryanair’s Robin Kiely said of Cork: “Customers can now choose from a total number of 10 winter routes to exciting destinations such as Barcelona Reus, Bordeaux, Faro and Gdansk.”
The Managing Director of Cork Airport, Niall MacCarthy, said: “we encourage passengers across the South of Ireland to use the new service.”