Trending
You are at:Home»Ireland inbound»Erasmus students bring an average of 4 tourists each to Ireland 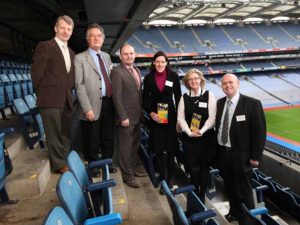 A survey commissioned by the Higher Education Authority of students on Erasmus has found that 80pc of those Erasmus students surveyed, staying in Ireland, had at least one visitor.

The average number of visitors per student was four, staying for anywhere from three to 15 days, with an average of seven days. Most of the students came from just five countries- 38pc from France, 17pc from Germany, 12pc from Spain, 8pc from Italy, and 4pc from the Netherlands (leaving 21pc, for those careful readers paying attention, from the countries from which we have fewer students staying). Over a third of these students go to Dublin, a third to Munster, then just under a fifth to the rest of Leinster and about a tenth to Connacht/Ulster. Failte Ireland estimates that the average visitor to Ireland spends about €539 per week, so extrapolating from that the HEA estimates that Erasmus student’s visitors may be worth about 14m annually to the economy- assuming that spending within this group matches the overall average.

Gerry O’Sullivan, Head of International Education at the HEA said: “The findings reveal an often overlooked benefit to the wider economy of Ireland’s participation in the Erasmus+ programme which will celebrate its 30th anniversary next year. Interantional education partnerships of this type drive tourism numbers, the benefits of which are felt nationwide with 36pc of students located in Dublin, 18pc in the rest of Leinster, a further 33pc in Munster and 12pc in Connacht/Ulster.”