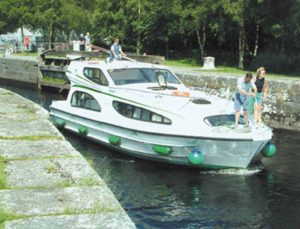 All hands on deck the Caprice … one of the many different types of boat on offer from Emerald Star.

With 200 cruisers Emerald Star has been operating successfully in Ireland for over 30 years and last year attracted 25% more English holidaymakers than in 2001. In addition the company invested €190,000 in Germany in a marketing drive which culminated in two boats being exhibited at the Dusseldorf Boat Show – the largest Boat Show in Europe. This year Emerald Star will be featured at the Dublin Boat Show for the first time, where it will offer customers a discount of 5%. 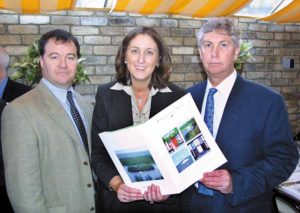 With its headquarters at Port Solent near Portsmouth, FCM was founded in 1974 and now employs more than 1,300 people around the world.

Connoisseur, one of the largest Inland Waterways cruising companies, which has been operating for 50 years, has a fleet of 350 boats and offers programmes to France, Germany, Belgium, Italy and the Norfolk Broads. Tel. 078-20234; E mail: info@emerald-star.com 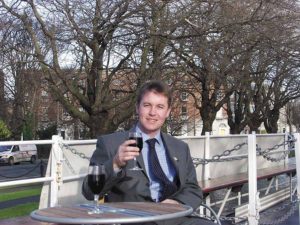 River Cruising is one of the most enjoyable and hassle-free ways to explore the historic highlights and delights at Europe, according to Eoghan O’Mara Walsh.

O’Mara was launching O’Mara Travel’s Cruising the Waterways of Europe and Russia brochure, which features cruises through locations such as the wine valleys of France, the Volga canals in Russia, the Rhine and the Danube.

“River cruises bring you into the heart of the city, the scenery is spectacular, and the numbers are smaller than on conventional cruises.”

O’Mara Travel will be using Europe’s newest and most modern river cruise in 2003, the Amadeus Symphony. All suites and cabins have large picture windows through which passengers can enjoy the passing landscapes of Europe.

Los Angeles based tour operator Jimmy Murphy said river cruising was already very popular with Americans because of the ease and travel and lack of stress involved.

As Chairman and Chief Executive of Brendan Worldwide Vacations, Murphy was responsible for bringing large numbers of American visitors to Ireland over the past thirty years. He established the business in 1969 after working for many years as ticket sales agent for Aer Lingus in North America and tells nostalgic story of his commute on the 7-11 from Westport, Connecticut.

“Irish people’s lifestyles are as stressed now as the American lifestyle, and River Cruises has proved one of the most attractive options for people in high pressure jobs.”

Irish prices start at Eu1498 per person for all on board accommodation, meals, drinks, and land excursions. As a special launch offer O’Mara Travel is offering a number of free trips to Amsterdam to join the Amadeus symphony tulip Time Cruise.

Other discounts are a 50% reduction on caravan and trailer fares on selected Holyhead and Pembroke sailings and a 10% reduction for over-55s travelling on motorist fares to Britain on Monday to Thursday sailings. New day return motorist fares and new monthly return fares for foot passengers are also included.

Landbridge fares are also cut by 10pc if booked before March 31. Travelling Landbridge or Seabridge, holidaymakers sail Irish Ferries to Britain on the Dublin – Holyhead and Rosslare – Pembroke routes taking onward connections to France, Holland, Belgium and the Channel Islands on P&O, Sea France, Brittany Ferries or Euro Tunnel services. Once there, one can choose from the wide variety of holidays available from Irish Ferries

Hugh Bruton, Brittany Ferries Irish Operations Manager, announced that next year the company will be unveiling the “most state of the art ship in our fleet, the €165 million Pont Aven, which will be used on the our Irish crossings.”

The 2003 season will commence on April 5 and run until September 27, with the 5 star Val de Loire leaving Cork every Saturday and returning from Roscoff every Friday night. On board passengers can avail of restaurants, cafeteria, bars and lounges, shops, children’s playrooms, cinemas and a swimming pool.

Brittany Ferries clients can enjoy a wide range of complete holiday products including holiday villages, seaside apartments, rural gites and hotels and the company’s brochures the French Collection and Ferry Guide Ireland-France will help them decide where and when they would like to visit.

The company also operates sailings out of three ports on the south coast of England direct to Brittany, Normandy and Spain.

“France is a great holiday destination for the Irish. Where else can you take advantage of predictably good weather, a beautiful landscape and wonderful food and wine at such reasonable prices?”, said Mr Bruton.

Information on brochures and bookings from Brittany Ferries at 021 427 7801. Callers from Northern Ireland should contact 00 353 21 427 7801. Or you can book online by visiting www.brittanyferries.com

Linda Tuttiett is to leave BTA in Ireland to return to London after a spectacular posting which saw numbers and spend grow at a greater rate than any other market.

It was largely on her initiative that the ITAA Conference was staged in Newcastle in November. It was only the second largest foreign travel agents conference staged by the BTA.

On that occasion the Newcastle Council staged a mulled wine party, lit the Newcastle bridge in the Irish colours and staged a fireworks display. Ms Tuttiett delivered a speech on Irish to the assembled delegates.

For many years Ireland has been the second biggest incoming market into Britain in terms of visitor numbers and third largest in terms of spend and has continued to increase market share as foot and mouth and September 11 affected other markets.

Ms Tuttiett, who grew up in Carlisle, previously held several BTA positions including the Far East.

She is the third bureau chief to be based in Dublin, after Robin Young (1981-90) and Mary Lynch (1990-1995). Ms Lynch went on to head up the England’s Tourism Authority prior to its controversial abolition this spring.

Ms Tuttiett will be replaced by what will be the first Irish born BTA manager in Dublin, Kevin Power, whose father devised the Irish language translation of BTA for its Dublin office and who previously worked with BTA before transferring to Chicago.

n  A second study of lorries using Dublin Port is being carried out by the council, and points to a redesign of the tunnel which would increase its height from 4.65m to 4.9m. Previously, the council had conceded that 10pc of lorries would be unable to pass through and would be forced into the city. The proposed change in height would see that figure cut to just 1pc. Owen Keegan, Dublin City Council’s director of traffic, said the council was considering increasing the tunnel’s height. Whether the €625m tunnel is altered rests on the results of further studies by the council .