Trending
You are at:Home»Travelextras»February 2008- Isle of Man 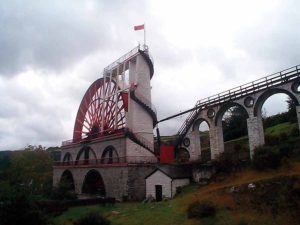 I would never have known it was them if I hadn’t wandered up, drink in hand, to have one last look at Douglas Bay from the windows at the bar in the Sefton Hotel.  On the wide promenade that swept gracefully along the seafront for two miles, a vintage tram stopped to pick up an excited family that had waved it down and I raised my glass to the Douglas Horse Drawn Trams, the world’s oldest surviving horse tram service, dating back to 1876. It was only when I turned to leave that I caught their eye, the couple at the quiet table by window. They laughed at my double take and She with conspiratorial fingers to her lips pleaded for discretion.

She was every bit as beautiful as She had seemed earlier during the day at Niarbyl Bay, on the southern coast of the island, when I had watched from a distance as the cameras filmed Her walking down a breathtaking coastal path, down to the famous thatched cottages on the shore. I remember thinking that only widescreen would do this incredibly scenic and historical landscape any justice – there was no doubt that the astounding scenery, the very best in the British isles, was capable of inspiring the great emotion that her role demanded. Who could not be moved by the vista of secluded glens and windswept mountain tops, where nature has showcased some of its most spectacular natural wonders? From the tremendous heights of Bulgham Rocks to the pretty Maughold countryside, from the steep Dhoon Glen that meanders mysteriously through a thick canopy of trees to the 2036 ft summit of Snaefell, the underlying theme on the Isle of Man is dramatic grandeur, with every scene played out in panoramic cinemascope.

I wasn’t surprised when He pulled up a chair and asked me to sit down. The Isle of Man does that to people and it was obvious that even the silver screen’s Golden Couple were totally relaxed, having fallen under the spell of a warm Manx welcome.

It is a tradition of hospitality shaped by 10,000 years of history that can be explored in the state-of-the-art House of Manannan exhibit at Peel that tells the intriguing story of the Celtic, Viking and maritime traditions of the Isle of Man.

Now, had I been location manager for their film I would have put down Peel’s charming fishing harbour and delightful little coves as idyllic sets for the summer picnic scenes.  I was about to tell them so when  the little dishes of Manx queenies arrived and, before I knew it, an extra plate for me and  between mouthfuls we oohed and ahhed over the delicious little scallops in cheese sauce.

The night before, I had sampled this famous sweet scallop at Tanroagan, the seriously good seafood restaurant, favoured by the likes of Renee Zellwegger, Ewan MacGregor and the Hairy Bikers.

If you like seafood, then the Isle of Man is culinary heaven and if ice-cream is your thing, welcome to nirvana located directly behind the counter at Davison’s Ice-cream Parlour where they pride themselves on making the ‘Finest Ice-cream in the World’, with several ice-cream Oscars to prove it.

As I drooled over that memory, He interrupted my thoughts with an invitation – to be their guest the next day on set at Castle Rushen where they were filming the dramatic final moments of the script.

I envied them for, if my holiday wasn’t over, I would have loved to have gone back. I had my first view of the castle from the Garrison Wine and Tapas Bar whose original buildings date back to the 15th century. Savouring the fresh fudge that followed the lunch of rib eye steak and chunky chips, I was torn between lingering on the superb roof terrace with its uninterrupted views across Castletown Bay or strolling down the cobbled street to explore Castle Rushen, one of Europe’s most finely preserved medieval castles.

As I got up to leave, autographed coasters in hand, I told them I was planning to come back next year and it was the way they looked at each other that made me stay  just a moment longer. ‘Maybe we’ll meet again,’She said, her eyes sparkling.

He brushed back his hair and flashing me His famously disarming smile He reached out for Her hand. ‘We want to get married here – next summer at St.Peter’s Church in Cregneash.’ I nodded back – it was a great choice, an ancient village church in a stunning setting – intimate, romantic and spiritual.

She turned to me wide-eyed in mock horror, Her fingers up to Her lips again. ‘Don’t worry,’ I said, ‘I won’t mention names.’

READ  How much do you know about Asia Pacific? Join the new online quiz nights for travel agents and test your knowledge