Trending
You are at:Home»Travelextras»February 2008- Malawi 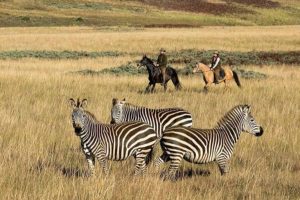 Madonna’s Malawi is a very different place from the Malawi that the visitor will meet on arrival at Llongwe airport.

The child she has “rescued” has been taken from a rich and diverse culture, one of the most beautiful places on earth.

The Malawi tourist board uses the slogan, the “Warm heart of Africa” on its promotional material. And unlike most slogans, this one is perfectly justifiable.

The fourth poorest country in the world is one of those beautiful humbling places that a few lucky Irish people who experienced it will never forget, full of friendly people who inhabit a great landscape.

Their world is not so much Ireland of a hundred years ago, as of a thousand years ago, with two Belfast-sized cities and then a village and tribal system still intact and living in ring forts like you would find on the hilltops of Kerry.

On market day they descend on their towns and buy clothes that has been donated by Westerners and shipped in bales to Malawi.

The streets of Malawian towns are inhabited by people wearing an astonishing array of designer clothes, with a selection of every conceivable label. Young men in Ireland jerseys with Ray Houghton’s name emblazoned on them will greet you in the street, with no concept of where Ireland is.

A woman wears a skirt with Osama Bin Laden’s face on it, unconscious of what an affront the image is to Americans. In fact most of the clothes are American, delivering consumer messages and slogans to which they don’t relate.

At Donija village Brave Nkoma will show you how to throw a spear. His ancestors fought great battles for the rich farmland east of the lake, and for generations they defended themselves against Arabian slave raiders carrying off cousins and siblings to Zanzibar.

Now the visitors are tourists, and while all the neighbouring African countries offer a similar tourist product, safari trips in 4x4s to view big cats, Malawi has a very different safari.

You can get up close and personal with the animals in Nyika National Park.

Robyn Foot, a cousin of the great Irish rugby player Tom Kiernan, runs horse back safaris that venture into the highlands, where the rays are warm but the nights are cold enough to have frost in winter.

With her husband David they welcome guests to the splendid forest location of Chelinda Lodge. Here in the emptiness you can imagine that little has changes since the very first humans walked these paths three million years ago.

At Kaya Mawa the visitors stay in lodges, recreating the life they have come to see except with dollops of gin at sunset and a plunge pool. They will row you out to the honeymoon island on the lake, and proudly recount how they won a place in Conde Nast traveller’s list of the ten most romantic places on earth.

On Likoma Island in Lake Nyasa (or Lake Malawi as some call it) you will find one of the most remarkable sights in Africa, a full scale Church of England cathedral in Shismulu built as a model of Winchester cathedral. The gentle pastor John will let you climb to the roof tops and you expect to see a medieval English city below, not the collection of scrubby shops with odd titles.

The sun glitters on the surface of the the Calendar Lake, as it was once described by colonial types because of its length, 365 miles, and breadth, 52 miles wide.

At night the lake dances like a firefly parade. Fishermen entice the fish into their nets with paraffin lamps, beating the sides of the boats with their paddles to add to the confusion. At dawn the lakeshore is full of cheering as children celebrate the catch.

It is like winning the world cup. Except it happens every dawn when the boats come home.

Across the water is Mozambique. A stop in Nkwitchi Lodge in Mozambique, one of the most beautiful places on the continent, should count as part of a Malawi holiday. This is also where a vicious civil war killed a million people before it petered out in 1994. In the local village there are refugees with swollen bellies.

Five star tourism is a step away from a head-wreck.

On the day Madonna went on Oprah to defend herself against her critics, the Malawi tourist board issued a press release saying that interest in the country had been boosted to unprecedented levels.

They aren’t sure how to handle this Madonna publicity stunt. But Malawi has always looked on the bright side of things.

Famously run in a paternalistic fashion by Dr Hastings Banda, whose eccentric laws included a ban on women wearing trousers, Malawi was the friendliest country in Africa towards South Africa’s apartheid regime and got a generous rand income to prop up the economy.

The size of Ireland and a third again, it got its independence from the English in 1964 after an attempt to have it linked with the now Zimbabwe was abandoned.

In recent years it has emerged from dictatorship to something approaching democracy, a pro-Western country under Bingu wa Mutharika with most of its 13m people leading a struggling rural existence on the edge of poverty.

READ  Algarve is ready to restart its tourist activity

Agriculture is the staple, tobacco, tea and sugar the main exports, tourism the hope of earning a more substantial foreign exchange income.

Banda, who had an unclear career in Scotland, had a fixation with English ways and his measures included setting up a public school for the elite of the country, who would wear 1930s English school uniforms, straw boaters and Eton style top hats, and study the English curriculum.

But during his reign the income of Malawi’s people never rose above subsistence level. It produced enough food to export, but as the population increased food began to run low. Life expectancy in Malawi is reported to be as low as 36.5 years; five years lower than it was 50 years ago. Per capita income in Malawi is less than $1 per day. And in the 1990s, there were reports about famine which are still disputed as “overblown” by many residents.

In days of yore these orphans would be the recipient of the pennies for black babies that Irish grannies pushed into collection boxes.

Now apparently, you can collect your very own black baby and bring them home.

Better to go to Malawi and spend your holiday euro there instead.