Trending
You are at:Home»Travelextras»February 2008- Miami 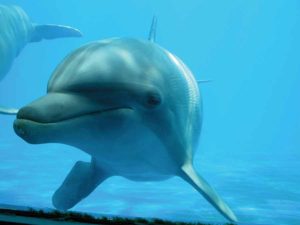 Miami is one of those places that seems very familiar the first time you set foot in the place. It isn’t clear until you see the skyline receding form the harbour, cruise ships moored and speedboats sending funnel-wash through the giant harbour.

It transports you back to Miami Vice, not the Colin Farrell movie version, but the Don Johnson TV version, where those of us in 1980s rural Ireland first saw designer stubble. For those not old or retro enough it still pops up on the Men and Motors channel.

It transformed Miami from a decently sized metropolitan town to an iconic beach resort.  The city became cosmopolitan, the gateway to South America thanks to American Airlines’ hub, the embarkation point for thousands of Irish luxury cruise passengers, a stopover and increasingly a destination all on its own.

Two signature attractions will make the visit worthwhile, the first is the famous Everglades Alligator farm, where all the smiling reptiles have to do is laze about in the sun. The whales, sharks, dolphins and manatees of the Miami Seaquarium have to work a little harder for a living. It is standard in bay resorts to visit an aquarium and see a show. In Miami the shows never stop. The seaquarium is the Las Vegas of marine entertainment.

Miami Seaquarium bills itself as the place where dolphins fly, where fearsome moray eels lurk in coral reef caverns, where shimmering schools of exotic fish dance through underwater seascapes, and as the only place where you will see the graceful beauty of a Pacific white sided dolphin combined with the awesome power of a three ton killer whale.

Not quite, but you get the picture. It is an excellent marine-life entertainment park with eight different marine animal shows and presentations offered each day. Nobody else can offer the sheer range of entertainment options.

It is located on beautiful Virginia Key, and its signature shows are in the Whale & Dolphin Stadium, home to the killer whale, Lolita and her Pacific white-sided dolphin companion, the Flipper Dolphin Show on the film location for much of the popular 1960s television show of the same name and Sea Lion Show where the likeable animals show off their athletic and comedic abilities and the Top Deck Dolphin Show featuring the natural athletic ability of the Atlantic bottlenose dolphin.

Other attractions at the marine life entertainment park are favorites such as Discovery Bay, an endangered mangrove habitat, home to twenty-six Nile Crocodiles, the white tailed deer, indigenous fish and rays, alligators and a host of native wild birds – herons, egrets and ibis.

A majority of the endangered sea turtles in Discovery Bay are rescued and will be released after their rehabilitation.   At the Discovery Bay Presentation guests get a unique look at native wildlife as a guide describes and hand feeds fish, birds and other sea creatures

Guests are also taught how to protect the marine-life featured, especially the endangered sea turtles.

At the Shark Presentation, animal care specialists feed 200-pound nurse sharks while explaining about the different species of shark that exist around the world. They let you in to the pool to play with them.

They haven’t bitten anyone yet, but don’t add tartare sauce to your list of spa treatments, just in case.

Spa, golf, and top-end staying is cheaper and accessible than you might expect. Doral Golf Resort has four courses and some delicious signature spa treatments.

You can’t stop at one. Deep tissue to start, unleashing those back muscles that have troubled you since you ended up at the bottom of the scrum, then a sampler of oil-based treatments. An ice cold pool, a steam pool and a warm Jacuzzi side by side will sort out your heartbeat, and then it is time for tee.

Spa is the add-on, for the a self-styled Kingdom of Golf (if Orlando can do it, why not Miami?) has five championship golf courses, has been host to the PGA Tour since 1962, and five restaurants. You can also sign up for lessons at the new tennis centre which opened for the 2007 season.

By night the city transforms itself once more, offering some of the best dining on either side of the pond.

At Prime One twelve you will find meat that was aged and perfect, a terrific lobster, and side dishes among the best you will have.

The highlight of the evening for your correspondent was a $300 kobe steak. The taste buds are due to recover about 2018.

South Beach, the southernmost 23 blocks of an island separating Biscayne bay from the Atlantic, is where most of the night life action is with 150 clubs open until 5 am. Entry costs $20-$60 depending on event and venue.

The clubs seem to constantly change decor, name, and owner, and the average club is only open for about a season.

Down at City Hall they are not extremely happy about that, but it adds to the seedy charm. Even the bouncers look like Don Johnson, as they assess the long line of hopefuls attempting to enter the more established celebrity clubs whose names are known round the world, like Clevelander and Mac’s Club Deuce.

By morning the other bits of the Don Johnson TV series are coming back to you. But there is a massage with your name on it and another golf course to try, so who cares?