Trending
You are at:Home»Ireland inbound»Fresh to table, but does an entire county count as a destination? 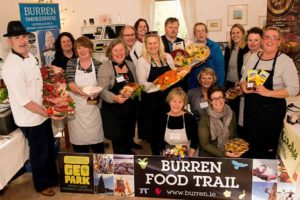 Ten locations have been shorlisted by the Restaurants Association of Ireland for the best foodie destination in Ireland, to be announced on September 29th.

Two of those shortlisted for the award, which started out life as a “fodie town” award are towns. Four are counties, and four are regional entries from producers’ groups.

Boyne Valley in Meath, Cong in Mayo, Derry City, a North Dublin entry from Howth, Malahide and Skerries, the Burren and Loop Head Peninsula in Co Clare and counties Kilkenny, Leitrim, Monaghan and Sligo were included on the shortlist 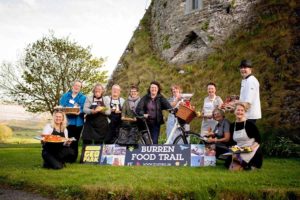 The awards is designed to highlight local food tourism initiatives across the country and goes to a destination with a cluster of high-quality places to eat, restaurants, food festivals and farmers’ markets.

The ten finalists will now receive a pre-arranged visit by a pair of independent assessors and their report will be combined with a national public voting campaign where the public can vote for their winning foodie destination through foodiedestinations.ie.

PIcture shows the Burren food producers who won the award last year when it was stripped out from the Irish Restaurant Awards and given an awards ceremony of its own.