Tourism Minister Shane Ross has confirmed that the preferential 9pc VAT rate for the hospitality industry is being reviewed at Government level.
He believes that the 9pc rate – introduced to help the hotel industry and tourism sector in general – may have served its purposed in its present form.
Speaking at Tourism Ireland‘s mid-year report in Dublin’s Chester Beatty Library, he said: “I think there’s legitimate concern about the prices being charged by the larger hotels, and that’s not just in Dublin, it’s elsewhere as well. There has to be a very serious question asked about whether they should continue to get a preferential rate of VAT.” 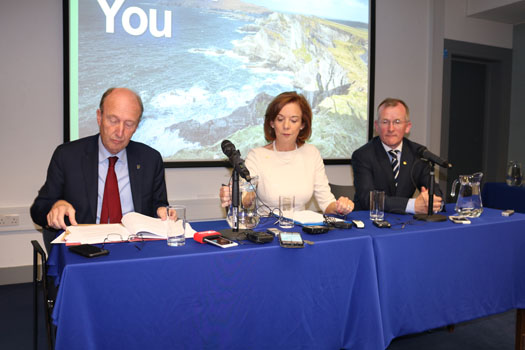 But he said that any change to the present regime must not damager smaller operators and the sector in general. “There’s no intention if the VAT rate were to go up, and it’s very important that no damage is done to the tourism industry. If we were to make a point of saying it’s served its purpose it would have to be in the context of the larger hotels and only the larger hotels who can well afford it out of their profits to pay a larger VAT.”
Minister Ross said a higher rate could also apply to smaller hotels making big profits and admitted he is unsure how a two-tier system would actually work, saying that “it’s a question which is being looked at”.
“I don’t now how it would be work out, but there should be challenges and there should be questions being asked about those who are making very large profits.”
Saying that “we must see that rural Ireland and those with smaller turnover are protected”, a higher rate might apply to even smaller hotels “who no longer need it”.