The Irish Travel Agents Association said the latest in a string of French air traffic control strikes will put holidaymakers off from visiting France.

ITAA President John Spollen said: “Our members are disappointed by the announcement of the 24-hour strike by French Air Traffic Control which will pose major disruptions to Irish holidaymakers. This action will have a massive impact on travel to France and any journeys which travel through French airspace, such as Spain and Portugal. 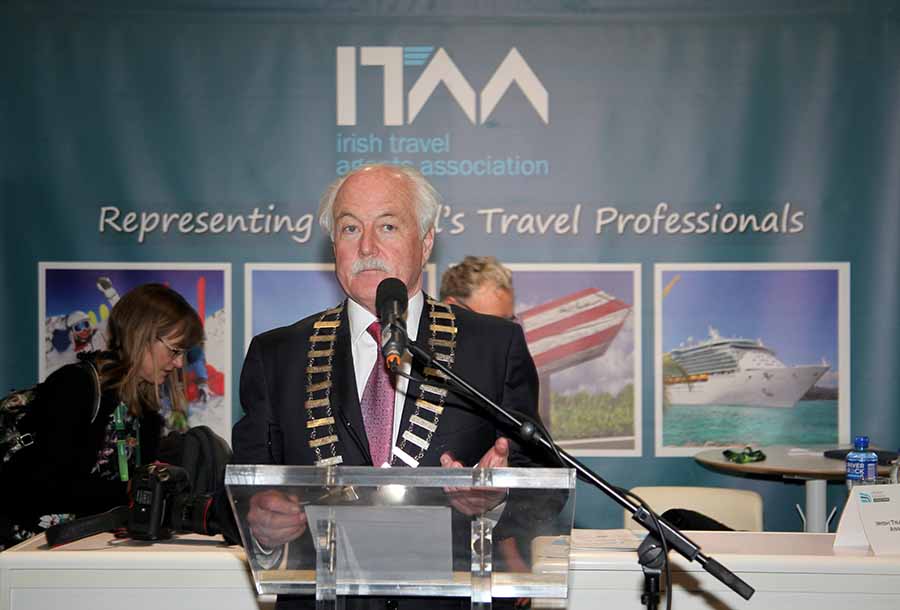 John Spollen of Cassidy Travel president of the ITAA speaking at the opening of the Irish Travel Industry Show in the RDS, Dublin, Apr; 12 2018

“Strike action from French Air Traffic Control is a recurring issue over recent years and we believe this could affect tourism from Ireland to France going forward, as Irish visitors are incurring extra costs and disruption to their holiday plans. What’s more, inbound tourism to Ireland and businesses are facing the same issues.”

He said that so far nine arrival and nine departure flights have been cancelled in and out of Dublin Airport and airlines have predicted that today’s strike action will cause disturbance to their schedule for days to come.

“These cancellations affect popular destinations Paris, Nice, Perpignan, Murica, Barcelona, Ibiza and among others. As we await further information on the scale of flight cancellations, the ITAA is advising all passengers to check with their travel agent or online for the status of their flight before making their way to the airport.”