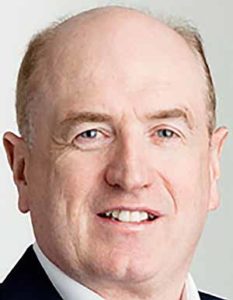 Sirius Aircraft Leasing Fund is expected to be launched in the next month by Howard Millar, the former chief financial officer of Ryanair, Ed Coughlan and Ed Hansom and target $1.3bn within the next three years.

In a statement to the stock exchange, the fund said that it intends to raise an initial $250m from investors, and another $300m within a year. The equity raised will be matched with the same amount of debt, giving it a relatively low gearing compared to some similar funds.

Sirius is targeting an 8pc dividend yield, and a total return target of an internal rate of return of 10pc. The initial fundraising will see Sirius target between $200m and $300m in equity.

The fund will invest in mid-life, single-aisle aircraft such as Boeing 737s and Airbus A320s that are typically between eight and 12 years old. Such aircraft have a lifespan of about 25 years. It will buy aircraft from leasing firms, with leases attached.

When Millar, Hansom and Coughlan left finance firm Stellwagen, the firm later took legal action to prevent them from allegedly planning to use highly confidential material to compete with Stellwagen. The three denied the allegation.