Trending
You are at:Home»Afloat»Independence of the Seas returns to the waves, but not as we knew her 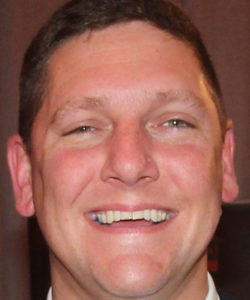 Independence of the Seas, a veteran of cruise calls to Cóbh, has arrived in Southampton to homeport there for the summer after a multi-million euro makeover.
Royal Caribbean says the family market will be a focus of Independence of the Seas, Innovations include:
Sky Pad, reality bungee trampoline experience, and interactive aqua park, Splashaway Bay.
The first revenue cruise departs May 15th where she will embark on a two-night cruise to France from Southampton. Following her inaugural sailing, Independence of the Seas will call at destinations across Europe and the Mediterranean until November 2018.
Independence spans 15 decks, encompasses 154,407 gross registered tons, carries 3,858 guests at double occupancy and features 1,929 staterooms.
The refurbished ship’s new features, many of which are introduced to the line on board Symphony of the Seas, were showcased to 1,400 invited key trad on a two day- ipre-inaurgual cruise. Features included:

Ben Bouldin two country manager of Royal Caribbean  based in London said “Holiday time is precious, and travellers today have higher expectations and more options than ever before. We don’t just want to meet these expectations, but smash them and redefine how to holiday. From our largest yet hibachi restaurant to a virtual reality bungee trampoline experience, Independence of the Seas is set to be the most spectacular ship sailing out of Southampton this coming season.”