Trending
You are at:Home»Aviation»Inter-union spat leads to another strike threat against Ryanair in Italy 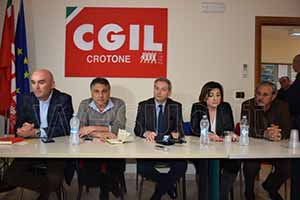 Declaring “Ryanair cannot conclude an agreement with a single union, one that is not even the most representative union”, CGIL and UIL, who organised an ineffective strike in July have threatened Ryanair that they will announce the biggest strike the airline has ever seen on September 20, after contacting like minded unions in Belgium, Netherlands, Portugal and Spain for support.

The unions say that the workers and their representatives will be monitoring the outcome of the shareholders the airline’s annual general meeting on 20 September and threatened that if the company leadership are not willing to make the changes necessary, we will have no choice but to respond with the biggest strike the company has ever seen.”

Marco Sala said:  We are far away from a collective contract. the agreement signed with ANPAC was regulated not by Italian law but by Irish law. It is pejorative to our laws and is designed only to please the members of ANPAC. The agreement does not protect maternity, prevents to the workers to join to trade-union initiatives, obligates to the payment of the uniform, does not assure crews an onboard meal during the flight”.

Ryanair and ANPAC signed what the Italian union termed the first collective contract for Ryanair in Europe on August 29. ANPAC said that Ryanair has addressed for the first time Italian workers’ grievances over health assistance, contributions, maternity and paternity protections approved by 300 pilots. Rival unions FILT and Uiltrasporti criticsed the agreement as mere “business arrangements” because “the agreement is is not regulated by the Italian law but by Irish law”.