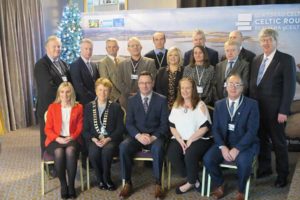 The Celtic Routes initiative will see Wicklow, Wexford and Waterford join with Carmarthenshire, Pembrokeshire and Ceredigion in Wales. 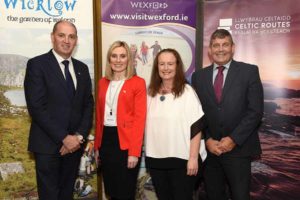 It is backed by €1.9m in EU funding and was launched in Enniscorthy, Co Wexford.

The initiate is headed up by Oonagh Mensette who laid out the resources that would be available for the trade.

Roger Pride spoke about the concept and evolution of the brand

Michael Sheehan talked about the perinatal nature of the project

Inbound tour operator Phil Brennan spoke of the importance of coming off the beaten track.