Cobh was host to 1,500 Australians who are cruising on Sea Princess to an Australia Day celebration in the town. The Co Cork stop was part of a 106-day around the world cruise from Sydney to Sydney.
Cobh was only Irish stop on the Princess Cruises voyage that’s visiting 38 ports, travelling through the Suez and Panama canals, and taking in 32,000 nautical miles (one and half times the circumference of Earth). 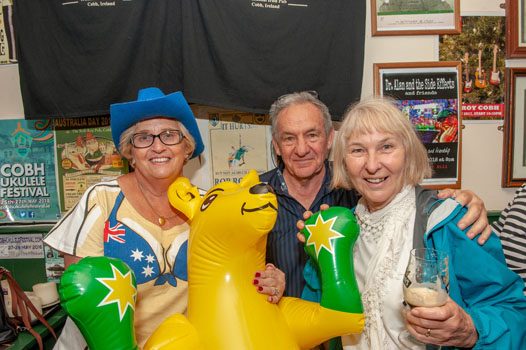 There were 240 people onboard the Neva, most of them either female convicts or the wives of already deported convicts and their children. On May 13, 1835, the ship hit a reef just north of King’s Island in Australia and sank with the loss of 224 lives. In all, 25,566 convict women were sent to Australia from Ireland and Britain between 1788 and 1853.

As the 2,000-guest Sea Princess sailed at 10pm, Cobh Confraternity Band performed their sailaway recital on the bandstand at 6pm. Of the 1950 passengers on board, 79pc are Australians and 17pc are New Zealanders. Their average age is 71 and 1,300 of the passengers are doing the full Round the World voyage.

Next year’s Round the World voyage, which includes a visit to Cobh on July 11, is already on sale with prices for the entire trip starting at €15,891 per person.
See more pictures here or connect to the album on Facebook.
The following two tabs change content below.