The Government needs to support tourism in the upcoming budget amid new office figures showing a major dramatic drop in visitors from Britain so far this year, a tourist body has warned.

The latest Central Statistics Office figures reveal that British visitor numbers dropped 6.2pc – 137,800 – from January to July. Now the Irish Tourism Industry Confederation predicted that Ireland will suffer a €100m hit this year because of the falling numbers. 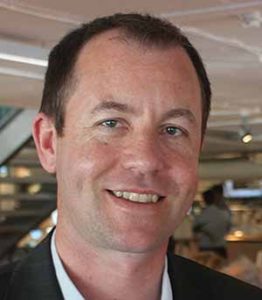 “Although overall visitor numbers are up 3pc for the year to date, visitors from Britain, our largest source market, are down a sharp 6pc. The impact of Brexit is already a reality for the Irish tourism industry and we estimate that the Brexit effect will cost Irish tourism at least €100m in 2017.”

He added that “it is more important than ever that the Government recognises this in the upcoming budget and supports Irish tourism through maintaining competitiveness and restoring tourism budgets. Tourism and hospitality is Ireland’s largest indigenous industry in terms of employment and 228,600 people work in the sector throughout Ireland – too many jobs are at stake to take tourism for granted.”

Tourism Ireland CEO Niall Gibbons said that “the currency challenge for Irish tourism is very real and the drop in British visitor numbers (-6.2pc) for the January to July period reflects that.

“The decline in the value of sterling has made holidays and short breaks here more expensive for British visitors; and economic uncertainty is undoubtedly making British travellers more cautious about their discretionary spending. This is impacting on travel to Ireland. Therefore, competitiveness and the value for money message are more important than ever in Britain right now.”

The DAA’s Kevin Toland and Ryanair’s Kenny Jacobs and David O’Brien also expressed concern at the airline’s Summer 2018 launch in Dublin. Ryanair warned that Ireland is over-reliant on the British market, and tourism bodies should look to other countries, particularly its growth market of Germany.

Niall Gibbons said other markets are faring well, adding: “The figures confirm that we welcomed almost 5.6m overseas visitors during January to July 2017. This represents growth of 3.1pc on the same seven-month period last year, coming on the back of a record performance in 2016 and years of solid growth in overseas tourism.”

But he is concerned about the dip in numbers from the continent at the height of the summer season. “We are extremely conscious of the decline in tourist numbers we’ve seen for the month of July alone (-1.1pc),” he said, adding: “While North America and our long-haul markets continue to perform well, the double-digit growth we’ve seen in the earlier months of 2017 has now slowed. Arrivals from North America are up 17.4pc for January to July (almost 4pc for July only); and visitors from Australia and Developing Markets grew by 17.5pc for January to July (7pc for July). Arrivals from Mainland Europe grew by 4.3pc (-2pc for July).”

The full CSO report can be found here.