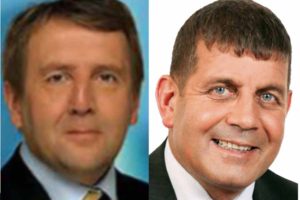 Thirty Irish agri-food companies are currently on a week-long trade mission to Asia, accompanied by the Minister for Agriculture Food and the Marine Michael Creed, along with Minister of State Andrew Doyle.

The visit began last Saturday and saw Minister Doyle heading to Vietnam followed by Korea. Minister Creed will depart today to lead the visit to China and Singapore.

Irish exports in Asia have increased threefold since 2010 and made €954m in 2016. China is Ireland’s fifth most important market and a country where profits grew by 16pc in 2015 and Ireland’s second largest market for dairy and pork.

Speaking about the trip, Michael Creed said: “The Trade Mission will cover four countries over eight days with a total of over seventy key engagements. I am pleased to be accompanied by some [30] Irish companies on the mission, along with senior officials from my department and from state agencies in the agri-food and fisheries sector, including Bord Bia, Enterprise Ireland, Sustainable Food Systems Ireland and the Seafisheries Protection Authority.”

READ  Donegal’s only 5-Star hotel, Lough Eske Castle, is voted one of the top 10 hotels in Ireland for the fourth year in a row