Trending
You are at:Home»Aviation»Irish flights will not be hit by Stewart and Providence base closures, Norwegian tells Travel Extra

Irish transatlantic routes will not be affected by Norwegian‘s moves to close its bases at Stewart Airport in upstate New York and TF Green Airport in Providence, Rhode Island, the airline told Travel Extra.

The budget carrier is also reducing frequency on a number of routes in Europe and to the US and the Middle East, shutting several bases as part of a cost-cutting plan announced last month. 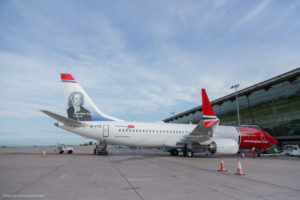 A spokesman told Travel Extra: “The number of flights affected is minimal and is concentrated more around frequency changes. The base closures do not mean that we will stop flying to those destinations just that we will not have local cabin crew/flight crew based there.”

The affected flights are:

The spokesman said: “Customers who are affected by these changes will be given the option to travel on a different itinerary.”

Helga Bollmann Leknes, Norwegian Air’s Chief Commercial Officer, told Reuters earlier in a statement: . “The company has reached a point where it needs to make necessary adjustments to its route portfolio in order to improve the sustainability and financial performance in this very competitive environment.”