Trending
You are at:Home»Ireland inbound»Irish tourism awards scheduled for February 3 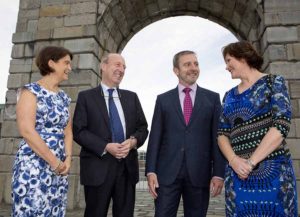 The second Irish Tourism Industry Awards will take place on Friday, February 3 2017 in the Doubletree by Hilton in Dublin

Minister for, Tourism Shane Ross launched the Irish Tourism Industry Awards 2017 at an event in Dublin.

The awards are a biennial event and there are 14 awards available in three main categories: International Initiatives, Tourism Innovations, and Tourism Experiences.  Online entries for the 2017 Awards can be made until November. 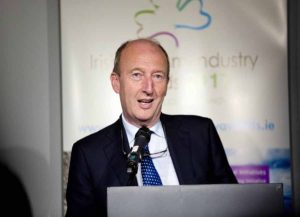 In its pre-budget submission the ITIC called on the government to retain competitiveness and restore investment in the tourism sector as matters of priority, particularly to cope with the effects being felt due to the Brexit vote in England. Sterling’s depreciaton and concerns about the UK economy risk damaging Ireland’s largest source market of visitors the ITIC has said

The inaugural Irish Tourism Industry Awards attracted 525 people to the Doubletree by Hilton. Award winners on the night included Shannon Airport for its marketing initiative. See the full list of winners.

ITIC warned that growth and regional balance should not be taken for granted. The group said that the decisions taken in Budget 2017 would be critical to the sector’s performance, especially in the aftermath of the Brexit referendum in England.

Minister Shane Ross controversially claimed that tourism was the third leg of his brief and the one that caused him the least trouble: “Tourism has performed extremely well in recent times. It is a key aspect of Ireland’s economy as it provides jobs and growth in all parts of the country. It is right that we acknowledge the people and companies that have helped promote tourism.”

Paul Gallagher, chairman of ITIC, said: “Recent CSO figures show that employment in tourism has increased by a further 10,000 in the last 12 months – the industry continues to grow and provide jobs throughout the economy. Saying that we must continue pro-tourism policies and investment strategies to ensure sustainable growth… Continued growth for tourism in Ireland is predicated on a competitive industry and appropriate long-term government policies and investment strategies. The tourism industry in Ireland has created 40,000 jobs over the past four years. However external factors such as Brexit risk making the trading environment more difficult and very uncertain.”

Shaun Quinn, CEO of Fáilte Ireland, said: “Irish tourism is performing well at the moment with 2016 looking to be an excellent year in terms of value and volume of visitors. Saying that, sustainable growth into the future is the key and to that end the industry must remain agile and responsive to changing consumer preferences. This awards event is a great vehicle to recognise and promote such qualities as well as encouraging continued excellence and acknowledging the important national part the tourism industry is playing in our economic recovery.”

Niall Gibbons, CEO of Tourism Ireland, said: “Overseas tourism to Ireland continues to perform very well. It has been the best ever January to July period for overseas visitors to Ireland, with more than 5.4 million arrivals, representing an increase of almost +13% – 612,400 additional overseas visitors when compared with the first seven months of 2015. New and innovative products and tourism experiences are vital to ensure the continued success of overseas tourism – and the Irish Tourism Industry Awards act as a superb showcase.”.