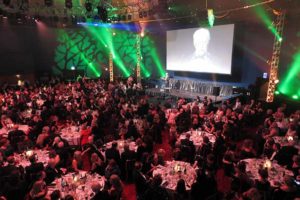 The highest voter turnout in the ten-year history of the Irish Travel Industry Awards has been recorded in recent weeks, resulting in 132 travel companies being shortlisted for awards in 27 categories. The shortlist includes serial winners of the award in several categories.

Winners in eight ITAA member categories will be announced on the night of the awards in the round room, Mansion House, January 23. This year’s host will be RTE journalist Bryan Dobson.

The supplier representative award has been discontinued and the supplier team award split into four new categories.

There is also a new value airline category, to include Ryanair and Vueling and a new Travel Agency International Corporate award. A rivercruise award has been introduced in place of the specialist cruise operator award.

The airline business class to Europe category has been discontinued, as have the Destination City  Worldwide category, the shopfront marketing campaign, the corporate agent of the year award and a category for the supplier promoting the trade to the public.

Four award winners have won nine in a row, Aer Lingus in the best airline to Europe category, Irish Ferries for best cruise company. Amadeus as the best technology provider and Lanzarote for best winter destination.