Trending
You are at:Home»Aviation»ITAA joins Ryanair and IAG in condemning latest round of air traffic strikes

The Irish Travel Agents Association has expressed disappointment at the announcement by French Air Traffic Control of a strike to take place this weekend, June 23 and 24.
John Spollen, President of the ITAA, said: “This latest strike follows a 24-hour strike on May 22, causing further disruption to Irish passengers impacting travel to and from France and any journey which may pass through French air space, such as popular destinations Portugal and Spain. Disruption to planned accommodation, any connecting travel and, of course, incurred additional costs, are major consequences for Irish holidaymakers.” 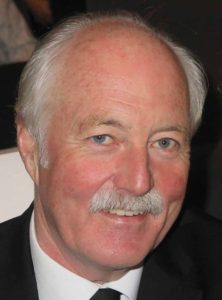 John Spollen of the ITAA

Aer Lingus owner IAG and Ryanair are to complain to the European Commission over strikes which have led to 5,000 flight cancellations to date this year. They claim that the commission’s failure to deal with strikes  was breaching European passengers’ guaranteed freedom of movement. A strike last weekend in southern France hit flights to Ireland after they had to be rerouted over the north of that country from Mediterranean destinations.
Mr Spollen added: “As outlined in a statement issued by the ITAA in May, our members are concerned that the recurring issue of industrial disharmony over recent years could affect tourism from Ireland to France going forward. While the impending strike will affect popular holiday destinations Paris, Nice, Murcia, Barcelona, Ibiza and among others, we are also aware that inbound tourism to Ireland and businesses are equally faced with disruptions.”
“The ITAA advise all passengers to check with their travel agent or online for the status of their flight before making their way to the airport this weekend. With a two day strike, passengers should consider that airlines could likely face schedule disturbances beyond Sunday, June 24.”