Trending
You are at:Home»Ireland inbound»John Concannon takes ANOTHER prize for 1916 Centenary Programme

Ireland’s 2016 Centenary Programme has won the National Impact Award at this year’s Community and Council Awards. The Government’s programme to mark the centenary of the Easter Rising saw over 3,500 events taking place across the island of Ireland, and a further 1,000 overseas.

The programme was the largest public history and cultural event ever undertaken by the State. The Community and Council Awards 2017, presented by IPB Insurance and the Local Authority Managers Association (Lama), took place at a black tie dinner at the Crowne Plaza Hotel Northwood Dublin.

The awards recognise and celebrate community and councils, highlighting the work done by unsung heroes. 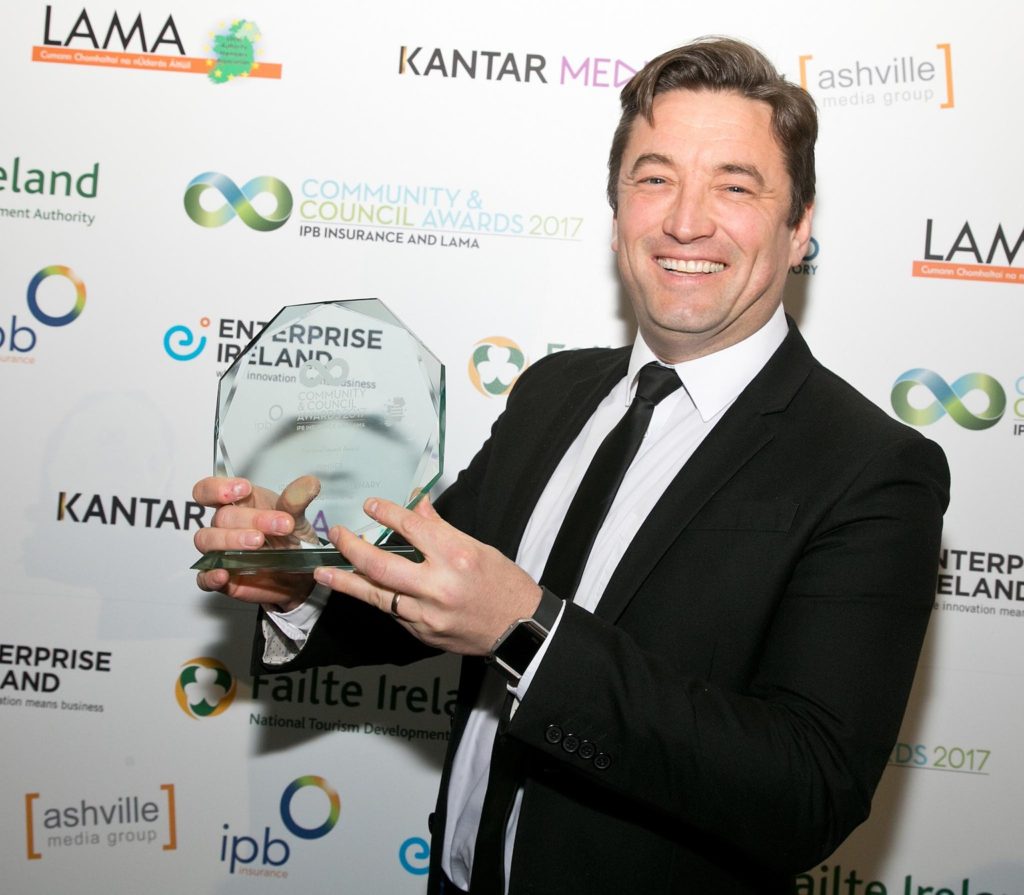 John Concannon from the Ireland 2016 Programme, pictured at The Community and Council Awards 2017 in Santry. Photo: Paul Sherwood

Minister for Housing, Planning, Community and Local Government Simon Coveney said after presenting the National Impact Award: “The Community and Council Awards 2017 are a fantastic way of honouring the people, communities and organisations that continually deliver to their communities.

“With that in mind, I am proud to present the National Impact Award to Ireland 2016 Centenary Programme from the Department of Arts, Heritage, Rural, Regional and Gaeltacht Affairs. The Centenary Programme really brought to life our history for our citizens and for visitors from all over the world and commemorated the heroes great and small and hopefully ensured that 2916 will be remembered for centuries to come.”

Arts Minister Heather Humphreys said: “I am absolutely delighted that Ireland 2016 has won the National Impact Award, It was a tremendous year for Ireland and for Irish people, a year of reflection and remembrance, but also of celebration and renewal. The real winners of this National Impact Award are the people of Ireland, the hundreds of thousands of families, children and young people, our artists and communities, who responded in such an extraordinary way to the invitation to be part of this once in a century moment in our history.” 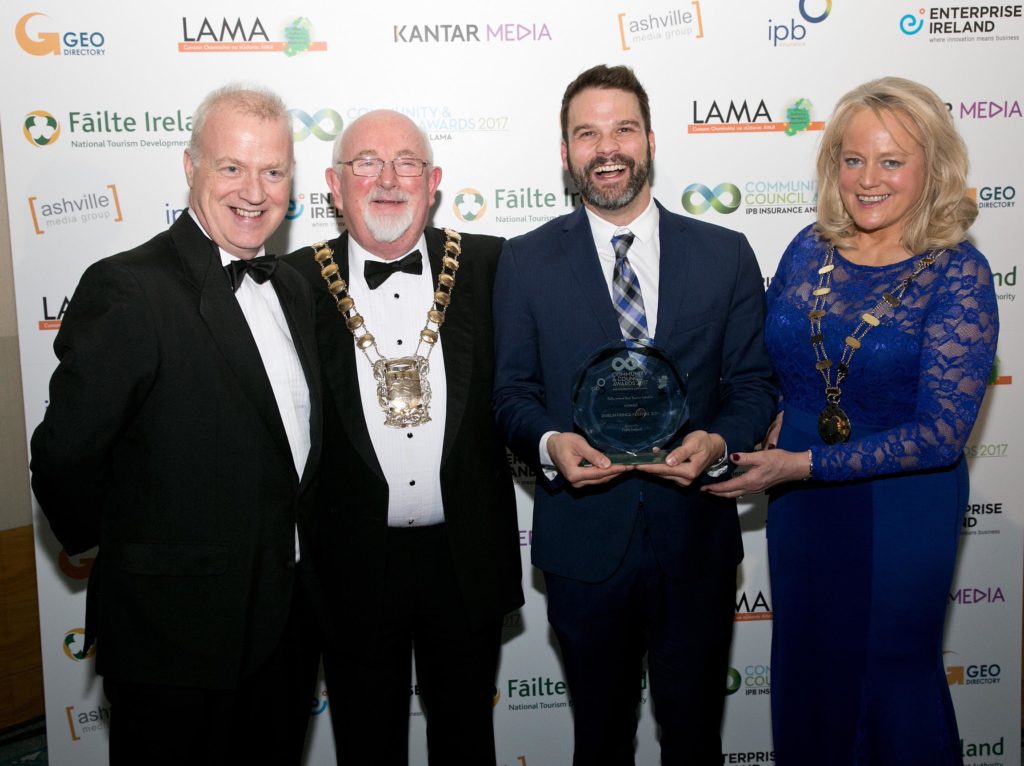