Trending
You are at:Home»Ireland inbound»Kerry wants push for more international flights as tourism revealed to be worth €410m to Killarney

A report on what tourism is worth to Killarney is calling for support for more international flights to the west coast. The Killarney Tourism Economic Impact Review, launched by   Minister of State for Tourism and Sport Brendan Griffin, reveals an overall economic impact of €410m generated by holidaymakers.
The TEIR 1 report, compiled by strategic research consultants W2 Consulting, revealed that the tourism industry supports 3,122 jobs locally and brings 1.1m annual visitors to the town. Launched at the Aghadoe Heights Hotel in Killarney, the report predicts growth of 30pc for tourism in Killarney between now and 2025. The report found that 41pc of visitors said Killarney had exceeded expectations – and 57pc said it had met expectations.  The town also scored strongly in terms of value for money, with 77pc rating Killarney either ‘very good’ or ‘good’ value compared to 61pc for Ireland.
The average room rate for Killarney was €113 compared to €139 nationally. Its monthly average room rate peaked in August at €126, compared to €117 nationally – one of only two months of the year when the town had a rate higher than the national average. However, Killarney’s rate was still lower than Dublin’s rate (€139) during August.
It also reveals that North American market remains the most lucrative, with US/Canadian guest spending 80pc more per day than domestic tourists. North American visitors have an average daily spend of €191.50 – 30pc more than British tourists and more than double that of Mainland European visitors. 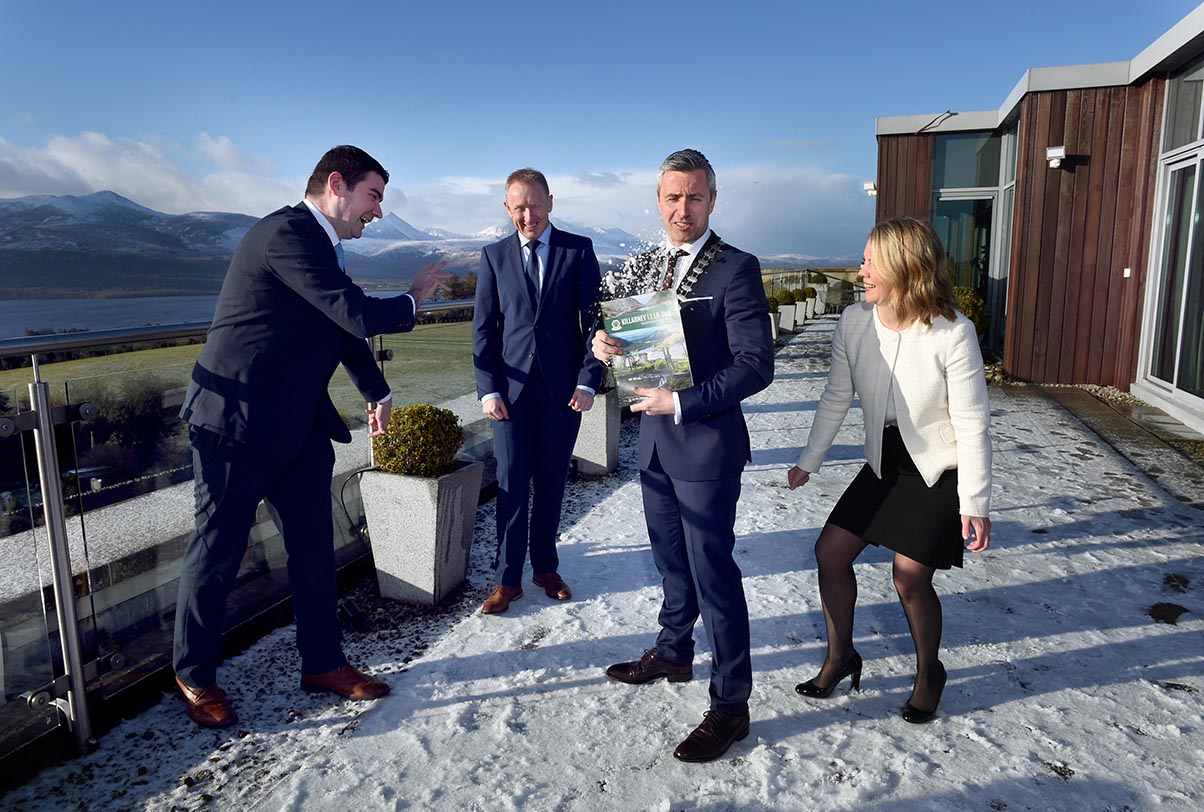 It said the town faces the challenges of regionality and seasonality. There was an average occupancy of just 20pc in December – its weakest performing month – compared to 48pc in the (South West) region, 71pc in Dublin and 60pc nationally.
Another issue is the low level of business tourism, with only 7pc of visitors coming to Killarney for business, in keeping with Co. Kerry’s ranking as the lowest of all Wild Atlantic Way counties for IDA jobs per capita and less than half the national average.
Killarney Chamber of Tourism & Commerce President Paul O’Neill said: “This report has quantified just how important tourism is for us and the figures are hugely impressive.  We most definitely have the capacity, with in excess of 10,000 beds in the town; we have a unique product in terms of what we offer in the town itself and immediate hinterland but also what we offer as a gateway to both the Ring of Kerry and Dingle Peninsula. And according to this report, visitors are having their expectations more than met.
“The report does, however, raise some issues, particularly with regard to our regional location and seasonality. While these are challenges we must address, we believe that with the right approach and investment we can turn them into an opportunity. This is also very much recognised in the Fáilte Ireland strategy to address regionality and seasonality and the County Kerry Tourism Strategy & Action Plan 2016-2022 objectives.”
The following two tabs change content below.