Trending
You are at:Home»Aviation»Manchester wants to threaten Ireland’s pre-clearance dominance

The pre-clearance dominance enjoyed by Dublin and Shannon Airports could be under threat amid a £1bn redevelopment plan by Manchester Airport.

The north of England airport – which has a market of 22m people within two hours’ drive – is aiming to become a serious long haul rival to Heathrow and Gatwick – and gaining US immigration and customs pre-clearance is a priority.

Manchester chief executive Ken O’Toole, a Cork native who was formerly Director of new route development at Ryanair, said the airport is in talks with US authorities to become the first British airport to offer customs pre‑clearance for travellers, and has launched a marketing campaign, called #USADirect, promoting its routes to US cities.

The full interview can be found here.

A spokesperson for the Dublin Airport Authority (DAA) confirmed that it is aware of Manchester’s ambitions.

“We’re well established here and we have a very strong feeder system and we’ve worked very closely with Aer Lingus in particular in growing the connecting passenger traffic here.

“It grew again last year and we’re forecasting further growth on that again this year. They are some years away from it [pre-clearance] yet.”

An aviation source said that pre-clearance “is a very complicated thing to do and you can’t just flick a switch”, which could be years in the case of Manchester. Dublin’s Terminal 2 was built with pre-clearance in mind and complying with the standards required by the US authorities.

Ireland is the only European country with pre-clearance facilities, which are only available in a small number of countries, including the UAE and Canada.

US officials told a press conference in London last year that they are looking at requests to add pre-clearance at British airports such as Manchester and Heathrow in the next five years.

They said that “there are a lot of airports in Britain who are interested [in pre-clearance],” and that the unnamed terminals could be looked at in a “new evaluation process”. 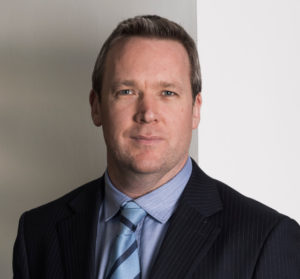 Dublin Airport was the fifth largest airport in Europe for North American connectivity last year after Heathrow, Paris, Frankfurt and Amsterdam. During the peak summer season, the airport had 48 flights per day to and from 11 cities in the United States and five Canadian destinations.

More than 138,000 passengers used Dublin Airport as a hub to connect to all onward destinations during the first three months of 2016, a 60pc increase on the same period in 2015.

And the number of passengers connecting from Britain and mainland Europe and transferring onwards to the United States increased by 68pc.The rise follows a marketing campaign aimed at British transfer passengers which was launched in 2015.

Passengers transferring in the opposite direction, from the US to Britain or the Continent, grew by 72pc.