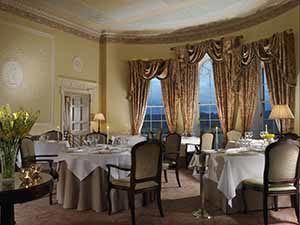 Mount Juliet Estate has been awarded a five-star rating by Fáilte Ireland across its two properties, the 32-bedroom Manor House and newly-opened, 93-bedroom Hunter’s Yard hotel.

Mount Juliet has a Michelin-starred restaurant, the Lady Helen, a championship golf course designed by Jack Nicklaus and activities such as fishing, falconry and equestrian centre.

An 18th century walled estate overlooks the River Nore, gusts can sit for Afternoon Tea in the Manor House with views of Ballylinch Stud or a pre-dinner drink by the fire in the Major’s Bar.

Newly-appointed general manager Mark Dunne said: “This recognises the highest standards of excellence within the hospitality industry and it is a testament to the work of the entire team and exceptional level of service that Mount Juliet Estate delivers on a daily basis.”