Trending
You are at:Home»Travelextras»Michigan bring their Lieutenant Governor to Dublin City to promote the US state’s tourism industry

Lieutenant Governor of Michigan Brian Calley was present in Dublin on Thursday evening for a media dinner at The Shelbourne Hotel to promote the state’s drive for tourism in 2017. 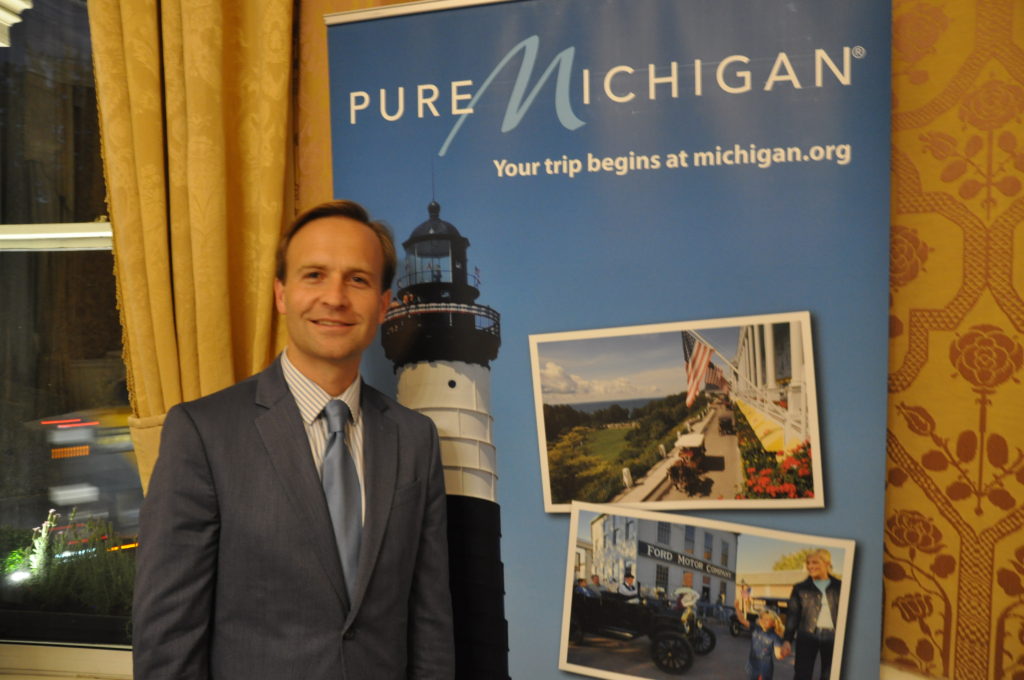 A select handful of travel media were present for an intimate dinner in the private dining rooms of The Shelbourne Hotel, with Gary Quinn (The Irish Times), Ed Finn (Travel Talk on Sunshine Radio) and Jim Murty (The Irish Daily Mail) all in attendance. 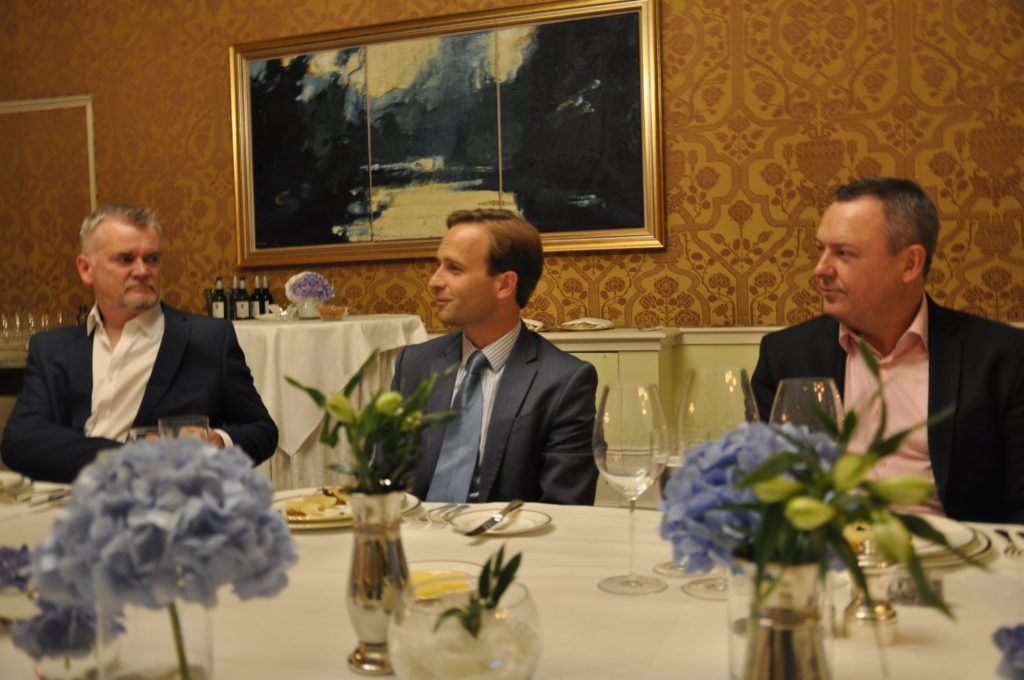 The trade media was also represented with Bizex and Travel Extra on hand to glean first-hand information on the growth occurring in the mid-western state’s tourism initiative. And that initiative has yielded impressive results, with 42pc growth year on year in overseas visitors since 2014/15; those growth rates are the highest of any state in the US.

In addition, the state was the primary destination for a staggering 69pc of the visitors surveyed, who on average spent $1,236 during their time in Michigan.

Dave Lorenz, vice-president of Travel Michigan, had earlier commented on these figures, by saying: “I am delighted that our international marketing is having such a positive impact.

“We will continue to promote the state as the destination of choice for travellers in search of an authentic American experience.”

It is indeed the idea of the authentic American experience that appears to draw visitors to Michigan and LG Calley emphasised as such during his key notes at The Shelbourne.

“We wanted to reach out globally. America’s a big place and there’s a lot of amazing things to see and frankly if you go to Los Angeles or New York it’s not very representative of the country.

“And some of the natural wonders that exists in Michigan are remarkable. The fresh water lakes being the biggest natural feature – that’s just the tip of it. There’s so many things. The history of the automobile – there’s a fair amount of tourism, both business and leisure that happens around that.”

The Lieutenant Governor was also keen to point out the proud history of music production and history in the state and the continuing loyalty of the state’s biggest music stars, saying: “And also the music industry history that continues in our state. A lot of people don’t realise that we had Motown, and the The Supremes and The Temptations in the Sixties, but it’s also Bob Seger and Madonna and Kid Rock and Eminem.

“The interesting thing about the people that make it big in the music industry [in Michigan]is they tend to stay there. You can be driving through open county and see Bob Seger driving down the road on his Harley. Or Kid Rock at a restaurant in downtown Detroit. One day Eminem toured through the capital with his daughter on a field trip

“So, there’s the music industry on top of the water sports and the outdoor recreation. Hunting and fishing and sailing and horseback riding and snowmobiles. There’s just all these things that exist there. And yet, most people around the world think, ‘We’re gonna go to New York or Los Angeles or Orlando, Florida, and those are great places, but I’d put Michigan right up against any of those.”

Calley also pinpointed the state’s diversity from the city of Detroit to the cherry fields and wineries of Traverse City, as one of the key selling points of the state.

“The diversity is amazing but also the sense of community around every little town is amazing,” said Calley. “And every town has some little special identity. If you go to Traverse City, which is in the north, about 90pc of the tart cherries for the entire world are grown there. But out of that came wine and so there’s an amazing wine region in Michigan with rolling hills.

“In Detroit we make cars and that’s great, but at the other end of the state it’s vastly different and the thing that drives the economy is vastly different. They’ll have the week where they do the cherry festival up there. It looks like a Norman Rockwell painting it’s so beautfiul.”

For more information on Michigan as a tourist destination visit www.michigan.org.