Trending
You are at:Home»Aviation»US pre-clearance fees to rise as Dublin and Shannon get more US CBP staff and bigger areas
Extra staff will be hired and rosters extended in larger US preclearance areas in Dublin and Shannon to ease bottlenecks. The move has been agreed by the Government, and will result in higher charges for airlines using the facility.

US Customs and Border Protection will fund baseline services . The cost of the extra facilities will be paid for by the two airport authorities. Although usage charges may be passed on to passengers, the Department of Transport argued that any extra costs would be minimal. A total of 1.7m passengers used the service in 2017. 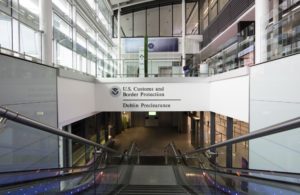 The decision, announced by Tánaiste Simon Coveney and the Minister for Transport, Tourism and Sport,  Shane Ross, is expected to come into effect in the coming months.

Shannon Airport said the changes to the  Ireland/US preclearance agreement will allow it to enhance its preclearance service at Shannon for airline customers and passengers, in particular, its business jet

Niall Maloney, Shannon Airport Director of Operations, said: “Currently our US Preclearance operates from 9am to 17.00 daily, but with the new US agreement we will now be able to extend these hours and offer an out-of-hours service. This is something which our executive jet customers in particular have requested. They see the time-saving benefits as it allows them to fly directly to their home airport from Shannon, rather having to go to a designated clearance airport in the US first before making the onward flight to their home airport. Shannon Airport was the first airport in the world to offer full US preclearance for private aircraft [since 2010]and is still the only airport in either Europe or the Middle East with this service.”