Trending
You are at:Home»Afloat»New faces come onboard Celebrity Cruises and Royal Caribbean

Travel veteran Sam Otter has been appointed as the new director of marketing and PR for Ireland and Britain at Celebrity Cruises.

She has held senior marketing roles with Cheapflights, Virgin Holidays and Walt 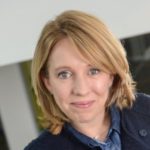 Disney Parks and Resorts. She joins with immediate effect. The new appointment follows the departure of Toby Shaw – who is off to the British Horse Racing Association – in June after three and a half years with the line.

Otter will report to Celebrity Cruises’ Britain, Ireland and Asia vice president and managing director Jo Rzymowska, who said: “Her impressive track record in working with household names both within and outside the travel sector brings valuable experience to our business. Celebrity Cruises currently enjoys its highest levels of brand awareness and with the new Edge Class ships beginning to join our fleet in 2018, our future couldn’t be more exciting.” Otter will oversee all of Celebrity Cruises’ trade and consumer marketing and e-commerce efforts. 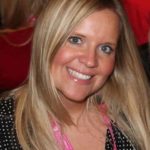 agement team just five months after announcing a move to Hays Travel as head of cruise.

Billing will report into Royal’s sales director, Amanda Darrington. Billing started her career at Thomas Cook where she worked in various roles over 14 years. She then joined MSC Cruises as a sales executive for the north of England before joining Royal Caribbean.