Flights to and from from Italy were hit today, January 11, as air traffic controllers staged a four-hour strike from noon Irish time until 4pm.

Most of those affected are flights between Rome or Milan and other European cities, with long-haul flights expected to escape the disruption.

Irish flights have not been affected by the work stoppage, the DAA told Travel Extra.

Alitalia aims to rebook passengers on alternative flights, but it expects at least 20pc of travellers will have to reschedule. Passengers can rebook at no extra cost, while those whose flights are cancelled or delayed by more than five hours are entitled to a full refund.

Low-cost airline Vueling has also cancelled several European flights and warns that other may be delayed (more details here).

Unions called the strike to protest over “operational problems”. Workers at Air Traffic Control centres in Rome, Milan and Brindisi will be participating in the strike action. Staff in Catania, Turin, Genoa, Perugia and Pescara are also expected to join the industrial action.

Thomas Reynaert, Managing Director, of airlines body Airlines for Europe, said: “The new year is a chance for a fresh new start. Unfortunately, when it comes to Europe’s air traffic control strikes, old habits re-emerge year after year. The result is millions of travellers will continue to have their travel plans disrupted this year unless EU and national policy makers make this issue a priority. 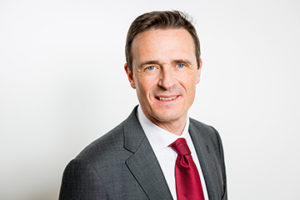 “There is a clear increase in the frequency and duration of ATC strikes in Europe, with 30 days of strike in 2018 compared with 24 days in 2017. This is a trend which cannot continue – we urge national and EU politicians to address the situation immediately. European aviation’s reputation is at stake.”

In the countries most affected by controllers’ strikes, A4E is calling for an improved continuity of service for passengers and has proposed ideas to address the situation, including a mandatory 72-hour individual notification period for employees wishing to strike and protection of overflights (while not at the expense of the country where the strike originates).

The group has called for a “seamless European sky” to integrate national airspaces into a single continuum across the continent.

European travel agents and tour operators body ECTAA, of which the Irish Travel Agents Association is a member, said the latest action was regrettable.

Pawel Niewiadomski, President of ECTAA.“We acknowledge the right to strike, but this cannot be at the expense of travellers in Europe. We join A4E in their call to national and European regulators to address the issues as a matter of urgency to avoid continuous travel disruptions for business travelers and holiday-makers.”