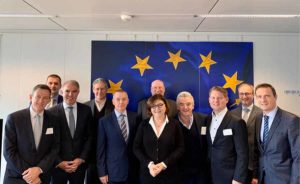 In order to best contribute to the European Commission’s upcoming Green Deal strategy, A4E and other airlines have joined forces with Europe’s airports, manufacturers and air navigation service providers in the development of a cross-sector climate initiative. Run as an independent study, this sustainable aviation roadmap for Europe will identify opportunities for even greater industry decarbonisation, whether through technology, operations, sustainable aviation fuels or price incentives by 2030 and/or by 2050.

Airlines for Europe announced TUI aviation had joined the group.