Trending
You are at:Home»Aviation»North America’s largest Air Ambulance service partners with Shannon company to establish European base at Shannon Airport

The company hopes to build from one Shannon base aircraft to three by the end of 2021, reports Clodagh Dooley 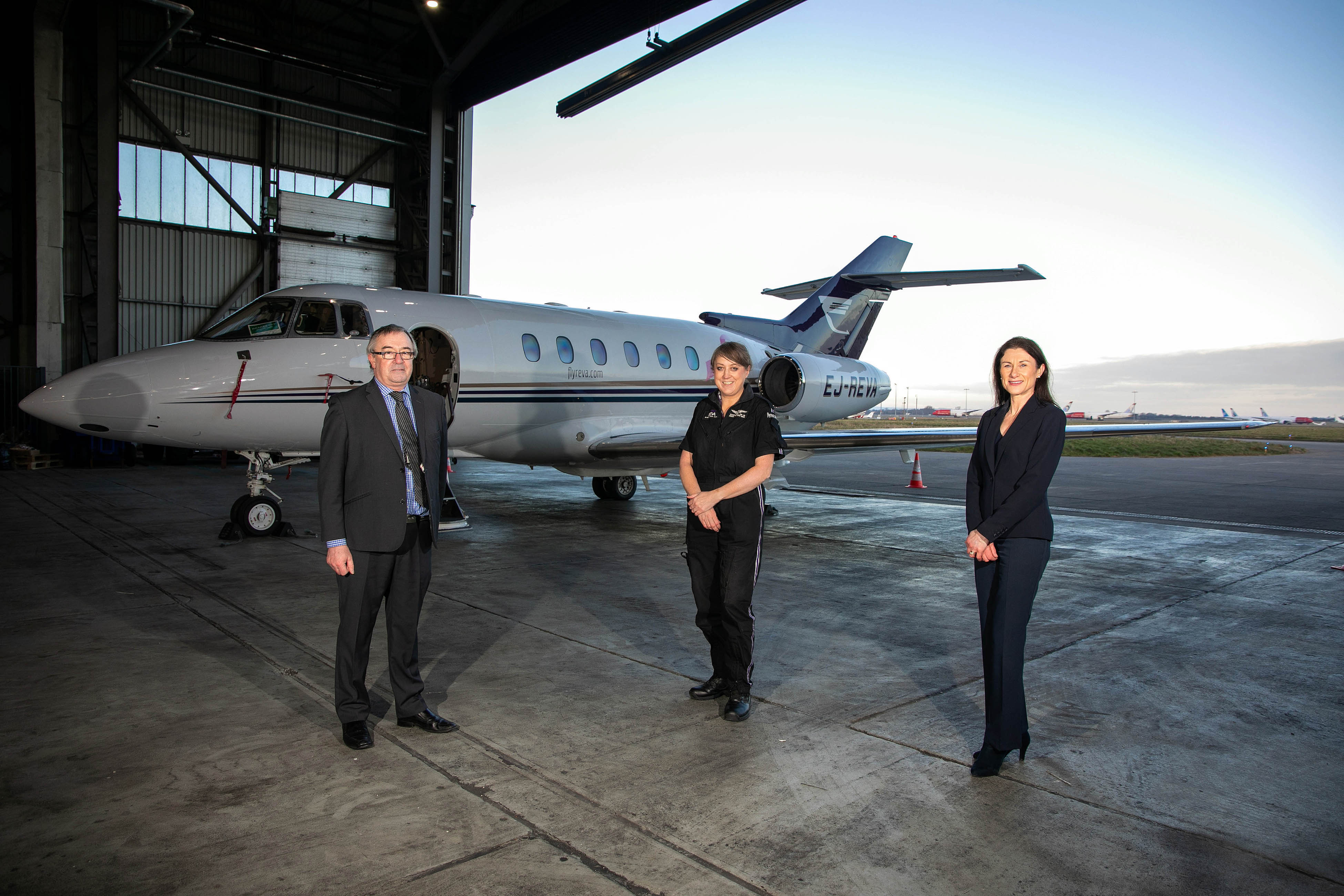 There was good news at Shannon Airport during the week, with the launch of Ireland’s first fixed-wing air ambulance service. North America’s largest air ambulance operator, REVA, has partnered with Shannon-based executive jet company, Gainjet Ireland, to establish a European hub at Shannon Airport. The new venture is providing employment for nine staff, a mix of aircrew and medical personnel.

The service will use a twin-jet Hawker 800XP, a fixed-wing aircraft, enabling it to fly further distances than existing air ambulance services in Ireland, which use helicopters. The aircraft can fly to locations throughout Europe from its Shannon base. In addition, the Shannon base will speed up transatlantic operations between the Americas and Europe, offering a quicker patient transport time.

The Hawker 800XP has been specially medically configured for the service and offers a spacious stand-up cabin, and room to accommodate up to three or four family members. The Shannon base will provide the company with a foothold in a part of the world with fewer air-ambulance and medical transport service options, with plans for the aircraft to operate in Europe, Asia, the Middle East, and Africa.

Speaking about his ambition for the business, Ray Mills, CEO, Gainjet Ireland, an air charter company founded in 2016, employing 21 ground staff and 35 aircrew at its Shannon Airport base, said: “The partnership we have formed with REVA is the first service of its kind in Ireland. I believe there is huge potential from this service and am hopeful that we will grow rapidly from our one based aircraft to three Shannon-based aircraft by the end of this year.”

Congratulating Gainjet Ireland and REVA on their new venture, Mary Considine, CEO, Shannon Group said: “It is a vote of confidence in the airport that North America’s largest air ambulance service chose to invest at our airport and provide an invaluable service for people when they are most vulnerable and need support. It is a tribute to Gainjet Ireland for securing the partnership with REVA and our congratulations to Ray Mills and his team at Gainjet, and the IDA who supported the company.”

The new service is staffed by a full-time Ireland-based crew led by Dr Aidan Murphy, a leader in pre-hospital medicine. The Shannon-based plane has completed its first transfer today, bringing a patient from the Maldives to Shannon and onward to New York via a second REVA aircraft.

For all enquiries about the service, contact (086) 170 4754 or email ops@gainjetireland.com