Trending
You are at:Home»Aviation»Norwegian €99 autumn sale from Dublin and Shannon to the US book by Sept 18, travel between Nov 1 and Mar 31

Norwegian has launched its autumn sale, with one-way fares from Dublin and Shannon to the US for €99. The sale, lasting two weeks, is for selected departures from November 1, 2018, to March 31, 2019, bookable on www.norwegian.com/ie/fall-flight-deals. 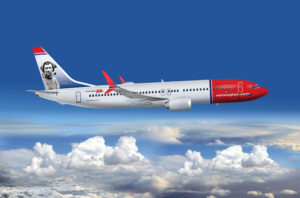 Thomas Ramdahl, Chief Commercial Officer at Norwegian said: “We are giving consumers in Ireland the chance to fly to the States for less with fares from €99 one way our autumn sale. With further savings on transatlantic routes from Ireland, Norwegian is continuing to make US travel even more affordable for thousands of Irish passengers.”

The discounted fares won’t apply to the upcoming service from Dublin to Hamilton-Toronto, with fares for the service, starting on March 31, from €189.