Trending
You are at:Home»Uncategorized»Portland tops US airport satisfaction survey chart for second year 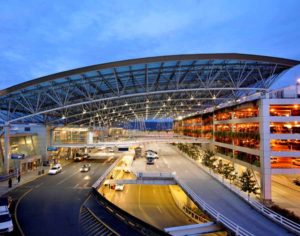 The improvements in satisfaction scores came as airports are experiencing annual increases in traveller volume of 5 to 6pc.

Some of the busiest airports in the US have major infrastructure projects in progress or slated for the next few years that could affect traveller satisfaction,

The ongoing reconstruction of New York’s LaGuardia International Airport was linked to a 6-percent decline in JD Powers’ satisfaction score in 2016.

The completion of the redesign of Los Angeles International Airport’s Terminal 2 in February 2016 was credited with a 32-point increase in LAX’s satisfaction score.

Passenger volume is rising, but so is satisfaction with the airport experience, even though many airports are handling far more travellers than they were built to accommodate, according to the Satisfaction Study.

The annual survey found a five point increase in overall traveller satisfaction with large airports compared to 2015 (to 731 on a 1,000-point scale), and an 8-point rise for medium-sized airports, which received an average satisfaction score of 760.