Trending
You are at:Home»Aviation»Qatar chief plays down threat of low cost long haul by Norwegian and co

Asked about the increasing market share of these rivals, Al Baker said of long-haul LCCs: “It doesn’t work. They will not succeed. Air Asia is struggling, Norwegian’s nose is just above the water. Lufthansa tried and withdrew with the Dubai Eurowings flight.” 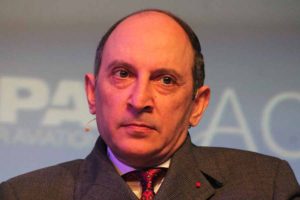 AL Baker said that Qatar Airways – which begins services from Dublin to Doha this summer – competed by mixing low-cost fares into its own full service airline offering, but LCCs will suffer when currently low oil prices rise again, it was reported here.

He refutes the claims of airlines such as Norwegian – which is to commence services from Ireland to the US later this year – that its modern fleet of Dreamliners make them more cost-efficient.

“The newer aircraft you put on, the more red ink will flow over your paper, because you have such a high ownership cost.”

On transatlantic routes, he believes legacy carriers such as British Airways will see off the LCC rivals: “It is a survival of the fittest. And the survival will be BA because it’s a strong network carrier compared with Norwegian.”