Trending
You are at:Home»Aviation»It’s all right to fly: Turbulence, thick fog, tyres and other questions answered by Capt Steve Allright

To mark 30 years since British Airways launched its Flying with Confidence course, Captain Steve Allright answers the questions nervous passengers are most likely to ask.

What causes turbulence, is it dangerous, and can aircraft fly around it? 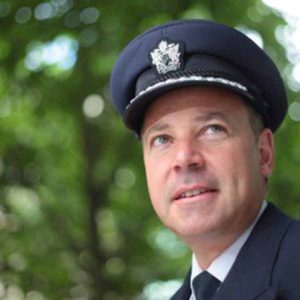 Turbulence is uncomfortable but NEVER dangerous, this is one of the most important messages on our courses, and the one that people remember and quote as the most useful. We explain all the various things that cause turbulence, such as jetstreams, clouds, and, close to the ground, wind. Commercial aircraft are built to withstand even the most severe turbulence and therefore, as long as you have your seatbelt on, you are 100 per cent safe.

It is impossible to see or detect turbulence, the only way pilots really know if they are likely to encounter it is from other pilot reports, for which there is a standard reporting procedure. It is sometimes possible to climb or descend to a different level which may be less turbulent, but this would only be done for passenger comfort, not for safety reasons.

What it windshear, and is that dangerous?

Windshear is a rapid change in wind speed and/or direction close to the ground, but is very rare. Aircraft (and some airfields) are fitted with windshear detection systems and pilots are highly trained and tested to safely manage any potential windshear.

Should I be more concerned in bad weather?

No. Pilots are weather experts and will never take any risks with safety. We study the weather at our departure airfield, our destination airfield and all potential diversion airfields along the route. We will ALWAYS have enough fuel for any contingency plan that might be needed, and we will carry extra fuel if the weather at our destination looks likely to need us to hold before making a safe approach.

Is it ever too windy to fly? And what’s the deal with those videos of aircraft landing sideways in strong winds?

Every aircraft type has a recommended crosswind limit which pilots will not exceed, so yes, sometimes it is simply too windy to land at an airfield with a runway which is not “into wind”. Additionally, there is a maximum wind for safe ground handling – to make sure our people working around the aircraft on the ground, such as baggage loading teams, engineers and cleaners, can work safely. For example, in a severe storm system all flights to a certain airfield may be cancelled or diverted as a precaution. There is a specific technique for landing safely in a crosswind which can appear quite dramatic but is perfectly safe and routine.

How can the aircraft find the runway in thick fog?

By using “Autoland”. This is a sophisticated system which uses the Instrument Landing System (ILS) – a combination of ground based beams which guide the aircraft safely down to the runway in even the most limiting visibility. Pilots do not even have to see the runway before we touch down at airfields such as Heathrow where the ILS facilities are advanced. Ninety-eight per cent of the time commercial aircraft are landed manually by the pilots, it is only very rarely that we use the Autoland system, but we train in the simulator for such eventualities every six months throughout our entire careers.

What if we’re struck by lightning?

Commercial aircraft are designed to be unaffected by lightning strikes. They are fitted with a large number of lightning dischargers (called static wicks) which dissipate electricity and protect the aircraft. There would potentially be quite a loud noise and the aircraft would be thoroughly inspected after its next landing to check for any potential marks to the skin of the aircraft before it performs another flight.

What if the autopilot fails?

This wouldn’t be an issue as the pilots would fly the aircraft manually. It’s what we love to do!

What if a tyre bursts?

How common are technical problems?

Not very common at all as our aircraft our extremely well maintained, and undergo rigorous servicing every time they touch the ground and even more thoroughly as part of the regular maintenance schedule which is a legal requirement. In the rare event of a technical issue we simply would not fly as safety is always our first thought.

Should I be worried about birdstrike?

No. Firstly, it is rare, and when it does happen, in the overwhelming majority of occasions there is minimal damage, if any. All new engine designs are tested to be able to withstand a bird strike.

What are the chances of a mid-air collision?

There are three things you should know. Firstly Air Traffic Controllers around the world are carefully selected, highly trained and rigorously tested and licensed. Their job is to create a “protective bubble” around the aircraft which increases in size as the aircraft climbs and gets faster. Secondly, pilots are selected and trained to have a high level of situational awareness and are the most highly regulated professionals in any industry. Thirdly, all commercial aircraft are fitted with electronic equipment which allows them to “talk to each other”, which removes the human element and provides warning and guidance of any proximity to another aircraft. We practice using this equipment in the simulator.

Are foreign airlines safer? What about budget carriers?

I can’t personally comment on any other airlines as I haven’t experienced their training, but I can say that there is a minimum level of training and testing that all members of the International Civil Aviation Organisation – ICAO – must adhere to. This is a key reason for flying being as safe as it is.

Small aircraft scare me – are they less safe?

No. Small commercial aircraft are subject to exactly the same rules and regulations as larger aircraft. People are generally more anxious as light aircraft will experience more turbulence than larger aircraft.

Should I be worried about terrorist attacks?

British Airways goes to extraordinary lengths to ensure that our airline is as safe and secure as is humanly possible. I can’t comment on our procedures, but I can reassure you that they are extensive and extremely robust.

How often do aircraft crash – and what is the most common reason?

More than 3.5 billion air passengers flew last year and despite some high profile incidents, 2015 was the safest year ever for flying.

When is the most dangerous part of a flight?

The drive to the airport is statistically many times more dangerous than any part of any flight.

How easy is it to abort a landing or takeoff?

This is a routine part of flying, and something that pilots practice every six months in the simulator, and discuss in detail as part of every pre-flight briefing. Pilots are highly regulated and tested, more so than in any other profession.

Not long after takeoff, why does the aircraft suddenly feel like it’s falling?

This is something we explain at great length on our courses, and it is all to do with your human balance system (evolved for 50,000 years on level ground) playing tricks when we reduce the rate of climb.

When we’re at cruising altitude, why will the aircraft’s engines suddenly rumble, like power is being increased?

This is most likely when we perform a “step climb” to improve the fuel efficiency of the engines as the aircraft becomes lighter.

How do you know you have enough fuel?

Because this is something that we calculate and monitor constantly. By law we have to carry high levels of contingency and reserve fuel.

Would you tell us if something had gone wrong?

Yes, always. It is of course probable that we will prioritise managing whatever the scenario is first, but we always communicate issues to our customers as best we can. In fact British Airways pilots have a bespoke customer communication training programme where the focus is on delivering transparent and regular customer updates with relevant information, as the situation permits.

Could someone using their phone cause the aircraft to crash?

Do pilots sleep on board?

Yes, on sectors over nine hours we carry an extra, third pilot and take it in turns to sleep in a crew rest area. On some of the longer flights there are four pilots.

What happens if a pilot becomes incapacitated? What about both pilots?

We practice this in the simulator, one pilot is perfectly capable of flying the aircraft. This (both pilots) has never happened except in the movies. There are also up to four pilots on long-haul flights.

Is it more dangerous to fly at night?

No. The instruments we use work exactly the same day or night.

How easy is it for pilots to get lost?

Impossible. Commercial pilots are highly trained in the use of our extensive navigation equipment.