Diageo’s Roe & Co Distillery in Dublin and Tayto Park’s new driving school in County Meath have been named among the world’s best new experiences for the coming year in Lonely Planet’s Best in Travel 2019.

The annual list is decided by a team of staff members and 200 travel writers led by Tom Hall, which lists destinations, regions and value for money planes, as well as the 10 best new openings in the world for next year. The final choice was made by a team of six, Kia Abdullah from London, Piera Chen from Hong Kong, Bailey Freeman from Nashville, Martin Heng from Sydney, Andrea Schulte-Peevers from Berlin and Lonely Planet founder Tony Wheeler.

Roe & Co visitor centre is expecting to attract 50,000 visitors per year to its location in the former Guinness brewery power house. The centre which will focus on the life of distiller George Roe who ran a large distillery, also on James Street. 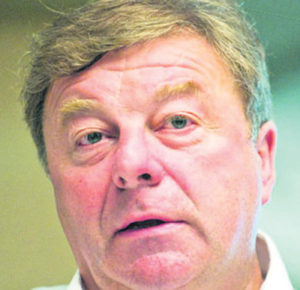 The Nissan Driving School at Tayto Park opened on March 24th and gives youngsters the chance to learn the rules of the road and to test their driving skills on a purpose built, road marked traffic course before leaving with their own driving licence. They use  20 miniature battery operated Nissan cars at one time with the new attraction set to give young drivers a real experience of what it is like to take to the road.

All drivers arriving at the Nissan Driving School at Tayto Park get a short video demonstration at the new attraction’s Learning Theatre, where they will learn the rules of the road before negotiating the traffic course.Young drivers who complete the course and prove to their parents that they have what it takes to make the move from the back seat to the front seat can pick up their driving licence*. Nissan confirmed to sponsor the new attraction as part of a three year sponsorship deal with Tayto Park.