Royal Caribbean has announced that it’s building what will be the world’s biggest cruise ship as it broke ground on the new PortMiami Terminal A in Florida. Symphony of the Seas will be slightly bigger than its Harmony of the Seas sister ship – with 28 more staterooms and weighing around 230,000 gross tonnes, 3,000 more than Harmony.

The new terminal, announced last year, will serve as a homeport for Royal Caribbean, with the capacity for its largest Oasis-class vessels.

The 26th ship in the Royal Caribbean fleet, Symphony of the Seas, will be delivered in April 2018 and spend her inaugural summer season in the Mediterranean calling on ports in Barcelona, Palma de Mallorca, Spain; Provence, France; Florence/Pisa, Rome and Naples, Italy. 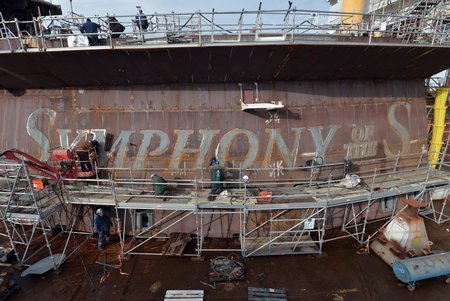 Symphony of the Seas

She will then arrive to Miami in early November to begin seven-night Eastern and Western Caribbean itineraries commencing on Saturday, November 17, 2018.

Features will include the neighbourhood concept, Bionic Bar robot bartenders, the Perfect Storm trio of waterslides, and Ultimate Abyss – the tallest slide at sea.

It is anticipated that Royal Caribbean will generate at least 1.8m passenger moves at PortMiami, representing 30pc of the port’s projected passenger traffic. 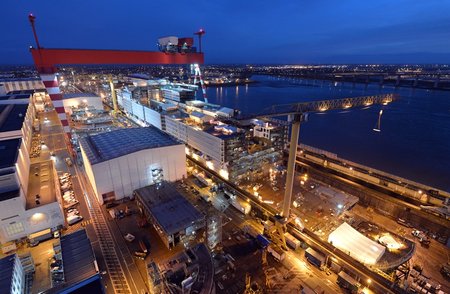