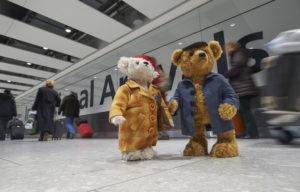 Mr Cowan said: “We are now serving more passengers than at any time in the airport’s history, adding over 1.75 million passengers in the last year alone, but doing it in a more efficient and sustainable way that has enabled us to beat the previous passenger record set in 2007 but with 25,000 fewer flights.

“We’ve seen positive growth from many of our airlines, particularly Ryanair who experienced a fantastic year and added 1.5 million passengers, and 2016 also saw British Airways start flights from Stansted for the very first time as well as the announcement that Jet2 will open its first base in the south of England this summer.”

Dublin Airport was the second most popular route at Manchester Airport, which reached the 25 million figure for passengers in 2-16.