Trending
You are at:Home»Aviation»Ryanair to fly 2w to Dublin from Bordeaux as it launches two new French bases

Ryanair is to operate a twice-weekly service from Dublin to Bordeaux, as it announced new French bases in the south-western city and in Marseilles.

The airline said it will deliver 3.5m passengers a year across both airports, with 24 routes announced for summer 2019.

Ryanair CCO David O’Brien said earlier this year Ryanair expected to double its traffic in France within 3-4 years, adding 10 million passengers with 30 aircraft spread across around four bases. A French court ruling in a Marseille employment case that upheld an earlier European Court of Justice ruling over social insurance payments for international workers paved the way for its re-entry into the French market. 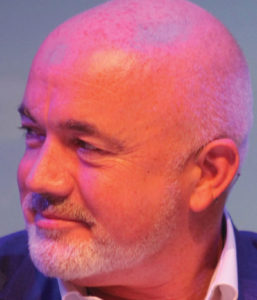 In Bordeaux, Ryanair’s Chief Commercial Officer, David O’Brien said: “Our growth will deliver 1.1m customers per annum at Bordeaux Airport and 2.4m customers at Marseille Aiport, while creating 120 Ryanair jobs across both bases and supporting over 2,500 [estimated]ancillary jobs in the regions.”

The Chairman of the Executive Board of SA Bordeaux-Mérignac Airport, Pascal Personne said that “Ryanair’s decision to base two aircraft at Bordeaux Airport is excellent news for the airport and for our region. This new base will undeniably increase the attractivity of New Aquitaine and represents the opportunity to develop a large number of new destinations.

“We have been actively working with Ryanair since 2009 and we believe that Ryanair’s potential for growth with the commercial power we know they have, is very important for Bordeaux and is a sign of a long-term commitment.”

Meanwhile, Philippe Bernand, Chairman of the Executive Board of Marseille Provence Airport, said Ryanair “is an essential and historical partner of our Airport, and more generally of our territory, from a tourist and economic point of view”.