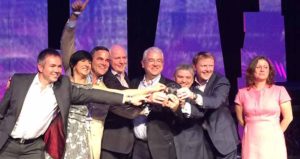 Shannon and Dublin Airports have won the top awards in their respective categories at the World Routes awards 2016 in Chengdu, China.

Cork were highly commended in their 5m passenger category.

The World Routes Awards were created in 1997 to recognise excellence in marketing by airports to their airline customers, and are voted on by the global airline industry. 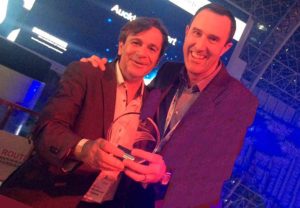 Four Irish airports and Tourism were short-listed for awards. The four other nominees in the 20-50m passenger category were Brussels Airport, Copenhagen Airport, Munich Airport and Vancouver International Airport.

Three Irish airports were nominated in the under 4m passenger category, Belfast City, Cork and Shannon Airports (for the fourth year in a row), alongside Aruba and Halifax in Nova Scotia.

In the destination category Tourism Ireland was nominated alongside Algarve Tourist Board, Nassau Paradise Island,

Poland’s Tourist Organisation and Tourism Queensland. Nominees in the over 50m category were Amsterdam Schiphol, Bangkok Suvarnabhumi, Dubai, London Heathrow and Singapore Changi while the nominees in the 4 to 20m passenger category were Athens, Auckland, Calgary, Cape Town and Mactan Cebu in the Philippines.

In 2015 Tourism Ireland was named overall winner of the World Routes Awards 2015 as well as named the winner in the Destination Marketing category. 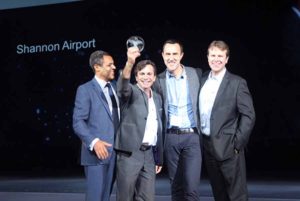