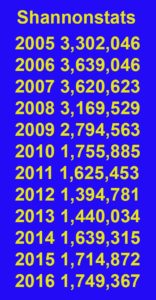 A total of 396,708 passengers used Shannon from its five American destinations – JFK New York, Newark, Boston, Chicago and Philadelphia. The airport faces competition from Cork Airport this year with the launch of Norwegian’s flights to the Boston area.

The group said the British market remained buoyant (up 7pc) despite Brexit uncertainty, with 758,371 passengers recorded,  Commercial terminal flights at Shannon were up by 5.5pc with an average of 45 commercial daily. 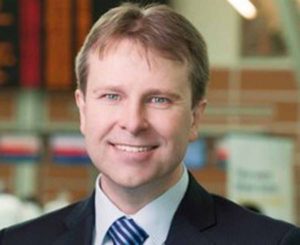 Shannon Group CEO Matthew Thomas said: “Shannon Airport and Shannon Heritage are really good barometers for business and tourism activity across the wider region we serve and we saw further growth in both again last year.

“We are encouraged by the tremendous support we receive from our stakeholders across the region and the West including the County Councils, the business community and Chambers of Commerce, the national jobs creation agencies, IDA Ireland and Enterprise Ireland, and the national tourism agencies, Fáilte Ireland, Tourism Ireland.  We look forward to working even closer in 2017 to progress our aim of promoting the area as a premier location for tourism and industry.”

Shannon Group Chairman Rose Hynes said:  “It was a positive year for the group on a number of fronts, with Shannon Airport and Shannon Heritage both achieving gains. Almost two and a half years after the establishment of Shannon Group, we are entering a new phase where the focus is on investment, achieving further growth across our business units and getting our cost base in line. Shannon Group will continue to drive and enable growth in the wider region in 2017 and beyond.”