Two of the ships will be in a new Evolution Class. The first Evolution-class ship is expected to deliver in 2022.

Silversea won the Cruise Ultra category at the Irish travel industry awards for the past three years having previously won in 2013-4. 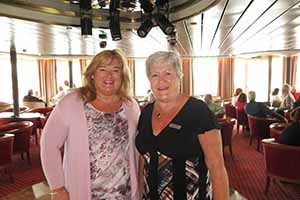 Amanda Middler and Linda McCorry of Silversea cruises at the Silversea Cruise event on board Silver Cloud in Dublin, August 26 2015

In June 2018, to thirds of Silversea was sold to Royal Caribbean  for $1bn. Silversea Cruises was founded in 1994 by Antonio Lefebvre d’Ovidio with two ships purpose-built for the line, the Silver Cloud and the Silver Wind and added two more vessels (Silver Whisper and Silver Shadow) making it a four ship fleet. ilversea operates nine vessels on worldwide itineraries that call in all seven continents. It has been recognized as one of the World’s best with multiple awards from Condé Nast Traveler and Travel + Leisure magazines as well as other travel publications and organizations. it is represented in Ireland by Amanda Middler andLinda McCorry .

The agreements are subject to certain contingencies which are expected to be completed in the first quarter of 2019.

Silversea Cruises, in which Manfredi Lefebvre d’Ovidio serves as Executive Chairman, claims to offer guests large-ship amenities aboard its intimate, all-suite vessels: Silver Wind, Silver Shadow, Silver Whisper, Silver Spirit and Silver Muse – all designed to offer an atmosphere of conviviality and casual elegance. With the inclusion of the expedition ships Silver Explorer, Silver Galapagos, Silver Discoverer, and with Silver Cloud recently joining the Expedition fleet, Silversea’s itineraries encompass all seven continents and feature worldwide luxury cruises to the Mediterranean, Caribbean, both Polar Regions and hundreds of fascinating destinations in between.

Royal Caribbean Cruises operates four global brands: Royal Caribbean International, Celebrity Cruises, Azamara Club Cruises and Silversea Cruises and are also a 50 percent joint venture owner of the German brand TUI Cruises and a 49 percent shareholder in the Spanish brand Pullmantur Cruceros. Together, these brands operate a combined total of 59 ships with an additional 15 on order. They operate diverse itineraries around the world that call on all seven continents.

Manfredi Lefebvre d’Ovidio, Silversea’s former owner and Executive Chairman said. “With our guests in mind, we are pushing the boundaries of ultra-luxury cruising, as well as expedition cruising in the Galápagos Islands and beyond, redefining the concept of immersive travel.” 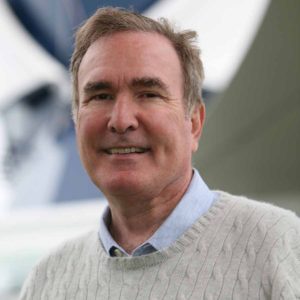 Richard Fain, Chairman and CEO of Royal Caribbean Cruises Ltd., which finalized its two-thirds acquisition of Silversea earlier this year, said. “There is tremendous potential in the ultra-luxury and expedition markets of the cruise industry, and we believe discerning travellers will embrace the exciting designs Silversea is imagining for them. 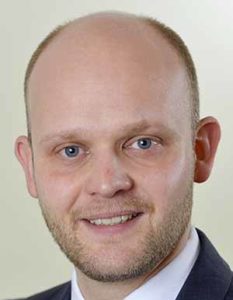 Tim Meyer, Managing Director of Meyer Werft said “We are very happy to build these new ships for Silversea Cruises. Together with Silversea we will create a new generation of environmentally friendly ships in the ultra-luxury cruise market,” said

Patrick  Janssens CEO, Shipyard De Hoop said “We are excited and proud to receive this order,” said P. “It is not only about building the best small expedition cruise vessel, but also about building and maintaining a high-quality partnership with Royal Caribbean and Silversea.”

Amanda Middler on board Silver Whisper in Dublin May 30 2017