Trending
You are at:Home»Aviation»Stan’s the man for Ryanair as departing Kerry Group boss to join airline board

McCarthy will join a host of heavy-hitting no-executive directors at the airline. Ryanair’s former Deputy CEO, Michael Cawley, was appointed as a Non-Executive Director in August 2014. Also on the board is Captain Mike O’Brien, who was Head of Flight Operations with the Maltese Civil Aviation Authority, a former Head of Operations Standards with the Irish Aviation Authority, and served as the Chief Pilot and Flight Ops Manager of Ryanair from 1987 to 1991. 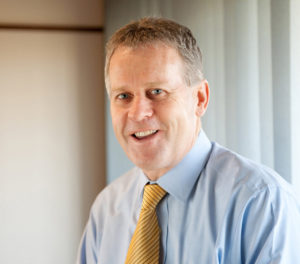 Howard Millar was appointed as a non-executive director in August 2015.  He is Chairman of BDO Ireland and a member of Irelandia Aviation’s advisory board.  Dick Milliken joined the board in July 2013. Mr. Milliken is a former CFO of the Almac Group and CEO Lamont plc.  Meanwhile, Julie O’Neill served as Secretary General of the Department of Transport from 2002 to 2009. During that time she delivered a successful stock market flotation for the part-privatisation of Aer Lingus and oversaw the setting up of the Dublin Airport Authority.

On Stan McCarthy’s appointment, Ryanair Chairman David Bonderman said:“We are all pleased to welcome Stan McCarthy to the Board of Ryanair Holdings Plc. Given Stan’s outstanding record as Chief Executive of Kerry Group Plc he will, I believe, be a significant and valuable addition to our Board. I expect Stan to join the Board at the end of May, and he will put himself forward for approval by shareholders at our September AGM.

“I very much look forward to working with Stan to continue to grow Ryanair safely and profitably in the best interests of our customers, our people, and our shareholders.”