Trending
You are at:Home»Hotels»Sterling a concern as Dalata wants more expansion in Britain

Ireland’s largest hotel group, Dalata, said it is looking to make even more acquisitions in the British market, but warned that Britain’s exit from Europe could hit its bottom line.

Reporting its results for 2016, it said significant fluctuations in the value of sterling could affect the reported earnings and asset values of the group as British subsidiaries are reported in sterling and translated into euro. It also warned that a significant sterling slump would also make Ireland a pricier destination for British visitors.

Dalata also warned that global political events could result in uncertainty and have an impact on general economic activity in Ireland, Britain and further afield which in turn would impact on the numbers of people looking to stay at hotels in both countries.

Group RevPar grew 14.9pc to €80.20, the  latest figures reveal. Dublin hotels outperformed the market with RevPAR growth of 19.9pc. The group invested €150.9m in portfolio expansion in 2016, adding seven hotels and around 1,600 rooms to leased portfolio. 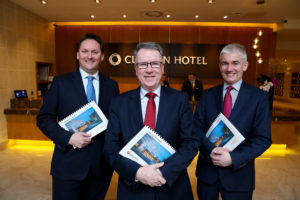 Pat McCann, Dalata Group CEO, said 2016 “was a year that saw further significant growth in our portfolio adding seven hotels and circa 1,600 rooms to the business. We have also locked in a growth pipeline of 1,200 new hotel rooms which will come into operation during 2018.

“The Clayton and Maldron brands are now the two largest hotel brands in Ireland. We successfully rebranded four hotels with over 1,000 rooms to Clayton in the final two months of the year. The brands are now of a scale in Ireland that presents us with opportunities to significantly increase consumer awareness and to engage directly with more of our customers.

“2016 saw the completion of redevelopment projects at our Clayton hotels in Chiswick [London] and Silver Springs, Cork, as well as the Maldron Hotel Pearse Street.”