Trending
You are at:Home»Aviation»Still waiting for trans-Atlantic clearance, Norwegian provides another €13.2m to its Irish subsidiary 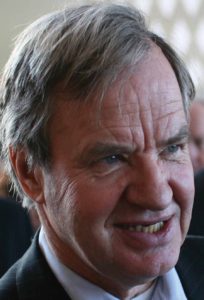 Norwegian Air International has received a boost of €13.2m  from its parent, the Bjørn Kos led Norwegian Air Shuttle

Norwegian Air Shuttle put $50m into its its Dublin-based subsidiary February, followed by another $25m in April Filings at the companies office show a further payment of $15m in July.

NAI’s efforts to secure a permit from US authorities that would enable it to fly between Europe and America has been delayed b y vested interests in the USA. Despite making its application to the US Department of Transportation for a permit over two years ago, it has still not received it.

The EU has warned the US that the failure to issue the permit could damage wider trade relations between the pair. The EU has sought arbitration in the matter.

US aviation unions are opposed to NAI being allowed operate in America. They claim that the airline is based in Ireland in other to circumvent stricter labour laws in Norway, something the airline has consistently denied.

NAI has been based in Dublin to avail of rights under the EU-US Open Skies agreement.