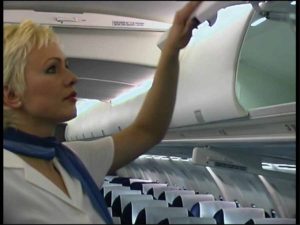 A flight from Johannesburg to Hong Kong was met by police after passengers complained of having valuables stolen while in the air. Two passengers on the 13-hour flight complained to cabin crew that they had “lost their valuables”.

Police boarded the aircraft after landing and searched two passengers seen opening overhead compartments, so they were released. Items alleged to have been taken were later found by cleaning staff and returned to their owners.

Passengers have long reported having cash, cameras and jewellery on Hong Kong flights, though earlier this year police said incidents had fallen some 90pc after a warning was issued to travellers to keep closer tabs on belongings. Authorities have previously said how the thieves scout their victims before boarding and place their own bags in the same overhead bins as their targets, waiting until the owner is asleep or in the toilet, and offloading what valuables they can find. In 2016, Hong Kong authorities told travellers that a crime syndicate was targeting passengers on flights from South Africa, and had stolen goods worth £335,000 in nine months. One victim had US $250,000 (£191,600) stolen on a flight from Dubai to Hong Kong, as well as two luxury watches.

Tlali Tlali of South African Airways said “one of the complainants was able to point out a few passengers who had behaved in a suspicious manner in the cabin and who were seen opening some overhead compartments while other passengers were sleeping. The rest of the passengers disembarked and the suspects identified were ordered to remain in the aircraft and were searched by the police in Hong Kong.