Trending
You are at:Home»Aviation»They’re back: Ryanair will NOT move 6 aircraft away from Dublin base this winter after all 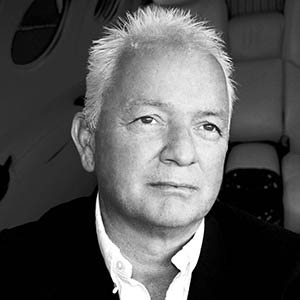 Ryanair has removed the threat to move aircraft away from its Dublin base this winter as a supposed concession resulting from its negotiations with Dublin-based pilot union IALPA.

During heated exchanges with Evan Cullen‘s IALPA pilots union in July, Ryanair issued letters of protective notice to more than 100 pilots and 200 cabin crew as it announced plans to cut its Dublin- based fleet by 20pc for the winter months, in line with cutting the Dublin-based fleet of aircraft from 30 to around 24.

The airline claimed the cuts came on the back of the rapid growth of its Polish charter airline, Ryanair Sun, along with a downturn in bookings and airfares in Ireland (“partly as a result of recent rolling strikes by Irish pilots, which has had a negative effect on high fare bookings and forward air fares as consumer confidence in the reliability of our Irish flight schedules has been disturbed“) and said it will be offering transfers to Poland and possibly some other bases to the Dublin-based pilots and cabin crew employees for winter 2018 in order to minimise any redundancies.

It said at the time it expected few route closures from Dublin as a result of reducing the fleet to 24 from 30, but that some routes may suffer frequency reductions as it moves the aircraft to its Ryanair Sun in Poland. Ryanair’s COO Peter Bellew said the airline regretted the base aircraft reductions at Dublin for winter 2018.

Today’s writen statement from Ryanair reads: The Board of Ryanair Holdings today (Fri, 7 Sept) announced that it has decided to restore six Dublin based aircraft which were due to transfer to Poland in November for the winter 2018 schedule.    The related protective notices issued to 300 Dublin pilots and cabin crew in July have also been withdrawn today.  This decision was taken to respond favourably to the mediation agreement overseen by Mr Kieran Mulvey, which brought an end to five days of unsuccessful but damaging strikes by less than 25% of Ryanair’s Irish based pilots during July and August. Ryanair’s Chief People Office, Eddie Wilson, said: “The Board of Ryanair today thanked independent mediator, Kieran Mulvey for his contribution in finalising an agreement between Ryanair and just 25pc of our Irish pilots.  We regret that mediation became necessary after five days of unsuccessful strikes which, despite causing minimal damage to Ryanair’s schedules, did damage our forward fares and yields to/from Ireland because of the perception of possible disruptions.

The Board and management of Ryanair are committed to union recognition, and working constructively with our people and their unions to address their reasonable concerns, as long as this does not alter Ryanair’s low cost model or our ability to offer low fares to our customers.

Since December last year, when the Board announced that we would recognise unions, Ryanair’s people have enjoyed significant pay increases, improved terms and conditions, and we have agreed to improved seniority structures, base transfers and annual leave.  We have done this in a year when we expect profits to fall by 15% due to a combination of higher fuel prices and higher staff costs.”