Trending
You are at:Home»Ireland inbound»Tourism Ireland swings into action to promote island at golf’s US Masters

Tourism Ireland  is aiming to capitalise on the popularity of golf with an ad campaign to tie in with the 81st US Masters in August. The bid to attract golfers to the Ireland features a new 30-second ad which will air to an estimated 6.5m households over the coming days on the NBC Golf Channel. A further 1.2m people will see messages about golf in Ireland online, on golfchannel.com. 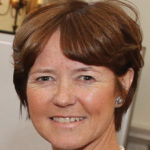 Tourism Ireland aims to build on its ‘Home of Champions’ campaign, reminding golfers across the US about courses where Rory McIlroy, Pádraig Harrington, Graeme McDowell and Darren Clarke perfected their skills. Tourism Ireland is also hosting a ‘‘Meet the Irish’ media event at the US Masters, highlighting that Portstewart is home to the 2017 Irish Open and that Portrush will host The Open in 2019.

To view Tourism Ireland’s new TV ad, click here. The ad will also air in the US later this year, around other Major championships and around relevant TV shows.

Alison Metcalfe, Tourism Ireland’s Head of North America, said: “Tourism Ireland has an extensive programme of promotions under way this year, to highlight our world-class golf and encourage more Americans to consider a golfing vacation on the island of Ireland. Our message is that Ireland offers American golfers the complete package – with some of the very best golf in the world, stunning scenery and the warmest of welcomes.

“Tourism Ireland has prioritised North America for 2017, as a market which offers a strong return on investment, in terms of holiday visitors and expenditure. A number of factors are working in our favour, including more airline seats than ever before, from 20 gateway cities across North America to the island of Ireland, with numerous new flights and expanded services in the pipeline for this year.”