Trending
You are at:Home»Ireland inbound»Tourism Ireland’s Gibbons lined up to take top job at Dublin Chamber

Tourism Ireland Chief Executive Niall Gibbons will become President of Dublin Chamber of Commerce in 2019, after being nominated for the lead-up role of Deputy Vice President.

Gibbons was put forward for the Deputy Vice President role by the Chamber’s 40-strong Council, with the appointment ratified at a recent Annual General Meeting. 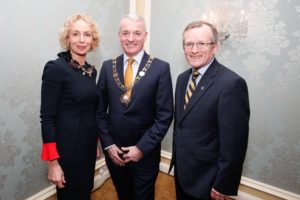 Gibbons said: “I am honoured to have been selected to be the president of the Dublin Chamber of Commerce in 2019. The next few years will undoubtedly be a time of unprecedented change and I look forward to the many challenges and opportunities that this role will present. I am enthusiastic about the opportunity to ensure that Dublin is known as a world-class environment in which to do business. I want to ensure that Dublin Chamber is best positioned to play a leading role for its members, the city and the economy.”

Dublin Chamber CEO Mary Rose Burke said: “I am delighted that Niall has been nominated as Deputy Vice President and look forward to working with him over the coming years. Niall brings experience that will help to further the Chamber’s aims of ensuring that Dublin is a great city region in which to live and do business.”