Trending
You are at:Home»Travelextras»Tourists to be taxed €20 to enter New Zealand, government confirms 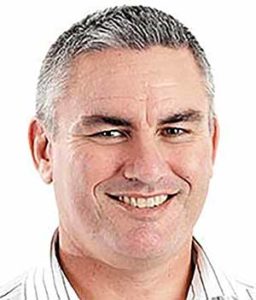 Exemptions will apply to Australian citizens, business visa holders, and residents of  New Zealand and Pacific Island countries. The fee will be collected through visa fees and a new Electronic Travel Authority,

New Zealand removed its infamous $12.50 departure tax in February 2015. Departure taxes remain common in the Pacifiic and the Caribbean. Nearby Fiji has the highest departure tax in the world at Fi$200/€81, the Aus$60/€37.37 fee in Australia is included in the ticket price.

Central American countries also levy charges averaging €20-€30 on departure. The ₡14,500/€22 tax in Costa Rica is particularly disruptive as it must be paid in cash at the airport as visitors depart, in local currency. The only other border tax in the world where locals are exempt is in Mexico.

Tourist taxes in Europe and elsewhere are added to tourist accommodation, generally from €0.50 per person, per day for apartments up to €4 for five-star hotels.

The NZ government say their new entry tax will raise an estimated $80m a year and say it will help pay for tourism infrastructure and conservation projects, but already the revenue is being diverted into non-tourist expenditure. The Government committed not to raise the levy for five years and would work with conservation, local government and tourism industry groups to decide the best way to spend the levy proceeds. About 2.3m international visitors entering New Zealand will have to pay the new charge.