Turkish Airlines is the new primary sponsor of Ireland’s senior men’s international hockey team, which is competing in the sport’s World Cup in India this winter.

The deal is the latest for the airline in Ireland, which is the Official Airlines Partner of Dublin’s 3Arena and headline sponsor of Cricket Ireland‘s senior men’s team. 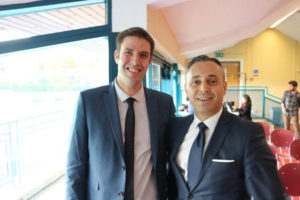 Hockey Ireland CEO Jerome Pels said: “We are pleased to reveal Turkish Airlines as the new primary sponsor of the Green Machine. Hockey is a global sport and we’re delighted to partner with such an international brand like Turkish Airlines. They have a long history of sponsorship in sport and we’re very excited about this partnership.”

Hasan Mutlu, (watch here), Turkish Airlines’ General Manager for Ireland, said: “This is a momentous day for both organisations as we cement our relationship. We can clearly see the immense potential for this team on the international stage. We are delighted to support them in their every success as the men’s hockey World Cup in India comes closer into view.”

Players from the squad attended the official announcement, held at Pembroke hockey club in Dublin. The men’s team will be hoping to emulate the success of their female counterparts, who made the final of their own World Cup in England during the summer.

The men’s team will be competing in the eastern Indian city of Bhubaneswar, having last appeared in a World Cup in 1990.